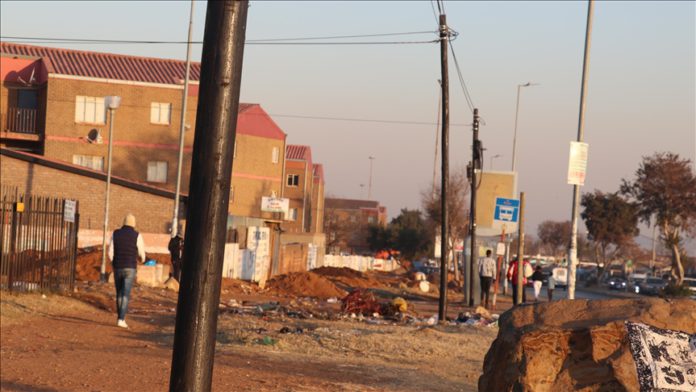 A relative calm prevailed Thursday in parts of South Africa’s largest city, Johannesburg, which has witnessed sporadic looting and violence for nearly a week.

A few small retail shops were open in the city center while many larger businesses remained closed.

There was also relative calm on the streets of Alexandra township, north of Johannesburg, and Vosloorus township in Ekurhuleni, East Rand region where sporadic looting was witnessed for most of the week.

“It is quiet today, but all shops are closed here. We can’t get to buy bread, not even a tomato. All shops were looted in this area,” Naledi Pretty, a resident of extension 14 in Vosloorus, told Anadolu Agency.

Pretty said she has to board a taxi and travel several kilometers to buy bread and other necessities which were previously available only a short distance from her house.

Clean up exercises have begun in most areas that were looted.

In Mayfair, a suburb of Johannesburg home to hundreds of migrants, shops and restaurants opened after most had been closed for days. There were no incidents of looting recorded in Mayfair and its surroundings.

The protests that began in the eastern province of KwaZulu-Natal, later spread to Johannesburg and had been ongoing for days.

Major shopping venues in the two most densely populated provinces of KwaZulu-Natal and Gauteng have been ransacked and some set on fire.

Vehicles and trucks were also burned by groups of protesters calling for Zuma’s release.

On Wednesday, the government added 25,000 military personnel to the streets of KwaZulu-Natal and Johannesburg to quell the unrest. They were already 5,000 troops on the ground.