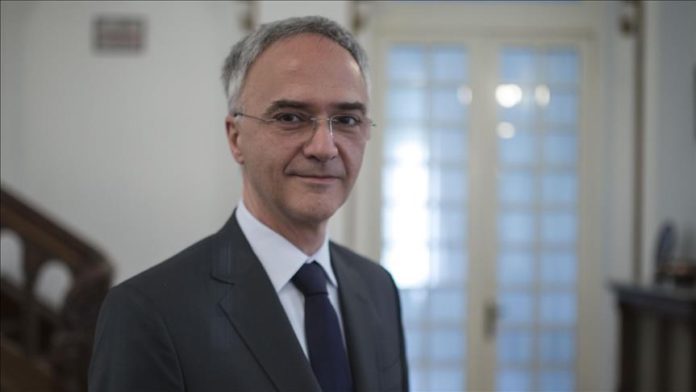 Relations between Turkiye and Serbia are at their “historic peak” and still developing, Serbia’s ambassador in Ankara told Anadolu Agency.

The “highly cordial and sincere relationship” between Turkish President Recep Tayyip Erdogan and his Serbian counterpart Alexander Vucic “made our bilateral relations so radiant, productive and mutually beneficial,” Zoran Markovic said in an interview ahead of Vucic’s official visit to Turkiye on Tuesday upon the invitation of Erdogan.

“With the stage being set in such a favorable way, our relations can only further advance so that we can all reap the benefits, not solely to the interest of our two nations, but in the interest of regional cooperation and wider,” he said.

Markovic said the main agenda of Vucic’s visit will be “bilateral relations, particularly the further expansion and adding substance to our multifaceted cooperation in a number of fields.”

A number of agreements will be signed between the two countries in different fields such as culture, tourism, education, investment, and economy, he added.

“The two presidents will discuss regional and global issues as well, particularly those where there is space for building synergies through common endeavors and exploring avenues to the benefit of all.”

On Turkiye’s relationship with Balkan countries, Markovic said it is “an important regional power and a strong and influential actor on the global scene”.

There are certain well-known areas of divergence between two countries, the ambassador also said, but added: “We consider Turkey’s role as positive and constructive and its relations with the Balkan countries as amicable, constructive and beneficial, in line with historical ties among the people of the region and a common set of values that have been forged living alongside each other for centuries.”

Markovic said the trade volume between Turkiye and Serbia reached $2 billion at the end of 2021, surpassing the goal set by the two presidents at the Second High-level Cooperation Council meeting in Belgrade in October 2019.

“What is all the more important is the fact that our bilateral trade volume continued to grow even despite the ravaging effects of the COVID-19 pandemic and the global contraction of economic flows.

“The mid-term goal is to strive for a $5 billion annual turnover and in my personal view this is an achievable target,” he said.

He stressed that they will certainly continue working to set “proper conditions” and establish a “sound and conducive environment” to enable the forces of economy to work freely in a liberal, unrestrained and unhindered environment.

Serbia, Markovic said, is an attractive venue for foreign capital. “An ever-growing interest of Turkish business people that has given rise to the activity of over 800 companies owned and operated by them, generating employment for more than 8,000 Serbian citizens.”

There are also investment potentials in the field of tourism, especially in spa centers and the field of agriculture, he also said.