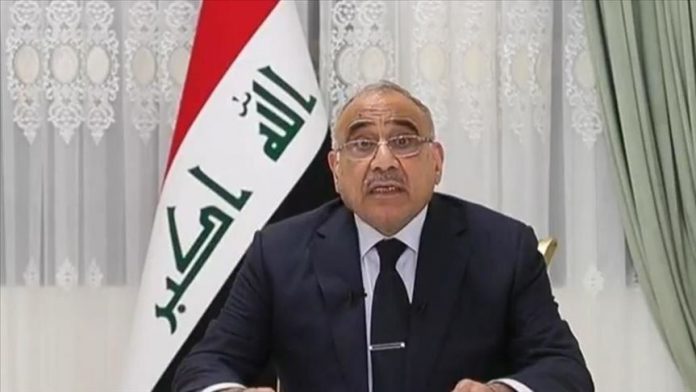 Iraqi Prime Minister Adil Abdul-Mahdi blasted Friday the killing of Qasem Soleimani, commander of the elite Quds Force, in a U.S. airstrike in Iraq at dawn.

The airstrike is a “breach of Iraq’s sovereignty”, Abdul-Mahdi said in a written statement, and that this act may lead to a war in Iraq, the region and the world.

Abdul-Mahdi stressed that Soleimani and al-Muhandis were symbols of the victory against the Daesh/ISIS terror group.

Read more: Regional reactions to US killing of Iran's Soleimani