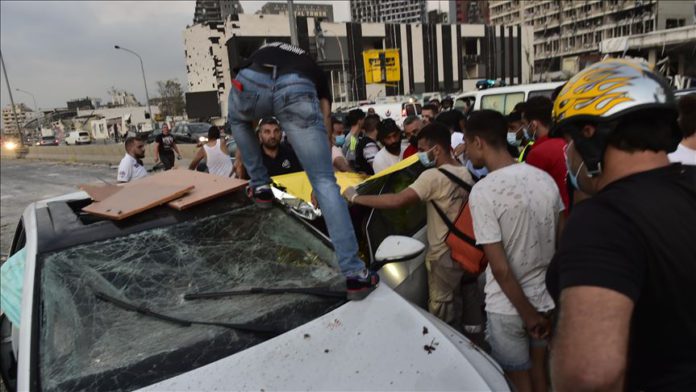 Many neighboring and regional countries offered help to Lebanon on Tuesday after a massive explosion in its capital city killed dozens of people.  –

A fire at a warehouse containing explosives at the Port of Beirut led to the explosion, which leveled a three-story building and was heard across the city and its suburbs.

In a statement, Iraqi Prime Minister Mustafa al-Kazimi also extended his condolences and wished a speedy recovery to the victims.

The leader of Iraq’s Kurdish Regional Government (KRG), Nechirvan Barzani, said on Twitter that they stand with the Lebanese people.

Egyptian President Abdel Fattah El-Sisi also extended his condolences to the Lebanese people and the government.

Ayman Safadi, Jordan’s foreign minister, said his country is ready to send any needed help to Lebanon over the blast.

In a statement, Israeli Defense Minister Benny Gantz and Foreign Minister Gabi Ashkenazi offered help and said they are ready to send medical and humanitarian aid via international mediators.

At least 63 people died and more than 2,750 people have been wounded in the blast, Lebanese Heath Minister Hamad Hassan said late Tuesday.

On his Twitter account, the chair of Libya’s High Council of State, Khalid al-Mishri, extended his deepest condolences and wished a speedy recovery to all those who were wounded.

Mohammed Al-Qablawi, the spokesperson for Libya’s Foreign Ministry, said the Libyan people are in full solidarity with the Lebanese people.

The explosion came at a sensitive time, days before the UN’s Special Tribunal for Lebanon is scheduled to announce its verdict in the assassination case of former Lebanese Prime Minister Rafik Hariri.

Later in the day, sources close to Hezbollah denied allegations that the explosion was an attack by Israel on their weapon depots.