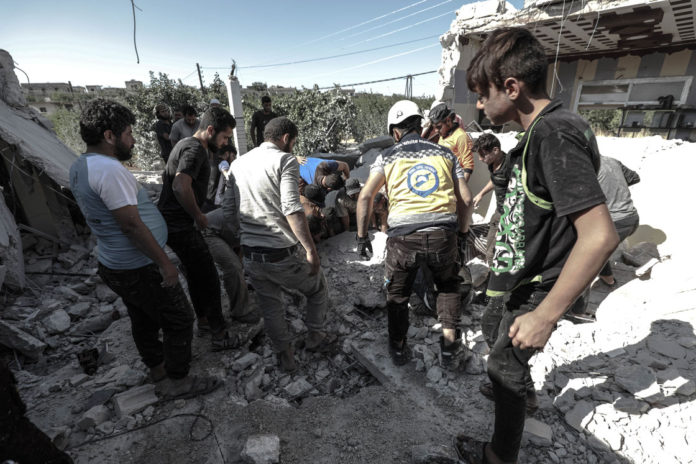 Eight Syrian civilians were killed and five others injured on Thursday from shelling by regime forces and Iran-backed terrorist groups in Idlib province in northwestern Syria, according to a local spokesman.

Firs Khalifa, spokesman for the Syria Civil Defense (White Helmets), told Anadolu Agency that regime forces targeted the village of Ablen and the town of al-Fuah this morning with surface-to-surface missiles.

He added that the attack resulted in the killing of three civilians in Ablen and five in al-Fuah, while five people were injured and taken to hospitals nearby.

Idlib falls within a de-escalation zone forged under an agreement between Turkey and Russia in March 2020. The Syrian regime, however, has consistently violated the terms of the cease-fire, launching frequent attacks inside the de-escalation zone.

Turkey administers over 5.34M vaccine doses over past week