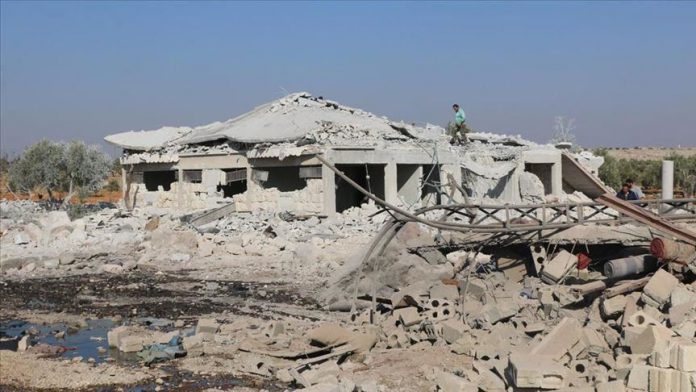 At least eight civilians were killed and more than 10 others wounded in air strikes launched by Syrian regime and Russian forces on civilian residencies in the Idlib de-escalation zone in northwestern Syria, the Syrian civil defense agency (White Helmets) said.

The Wednesday attacks were waged on Syrian residential district of Jisr Al-Shughur and the village of Sanhara in the western Idlib province, according to White Helmets.