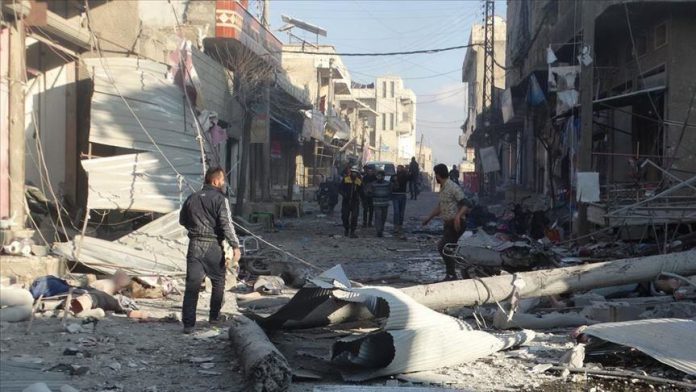 Russian and Syrian regime fighter jets on Saturday struck what is supposed to be a cease-fire zone in northwestern Syria, leaving at least 19 civilians dead, according to the opposition aircraft observatory.

The observatory said Russian jets struck settlements in villages in Idlib, Syria in the southern Marratinnuman district, while regime forces mounted air and ground attacks on the town of Kafranbil and other local villages.