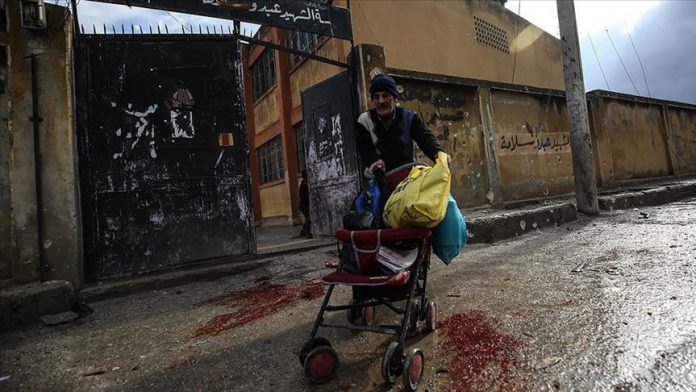 At least eight civilians, including four children, were killed in an attack on a school by regime forces in northwestern Syria, defense sources said Wednesday.

At least 20 others were injured in the latest attack in Saraqib province in the Idlib deescalation zone, the White Helmets civil defense agency said.

Since Moscow and Ankara reached a deal in September 2018 under which acts of aggression are supposed to be prohibited in Idlib, over 1,300 civilians have been killed in the de-escalation zone.

Following intense attacks, over a million Syrians have moved near the Turkish border.