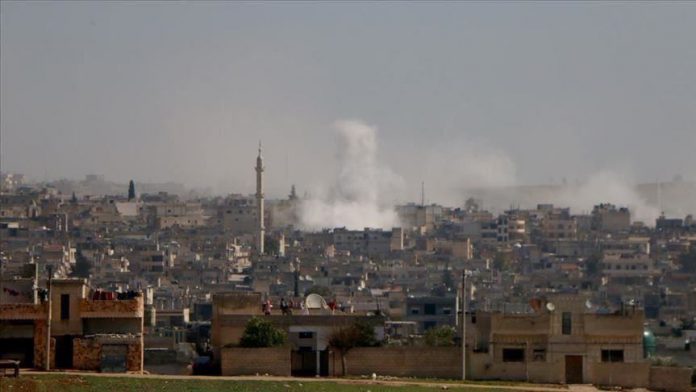 Three civilians, including two children, were killed and seven people injured in regime airstrikes in the Idlib de-escalation zone in northwestern Syria on Monday, according to local sources.

The attacks targeted the towns of Bsheiriyeh, Zaizoun and al-Janoudiyah in Idlib, the sources said on condition of anonymity due to security concerns.

In 2018, Turkey and Russia agreed to turn Idlib into a de-escalation zone in which acts of aggression are expressly prohibited.

The de-escalation zone is currently home to some 4 million civilians, including hundreds of thousands displaced in recent years by regime forces from throughout the war-weary