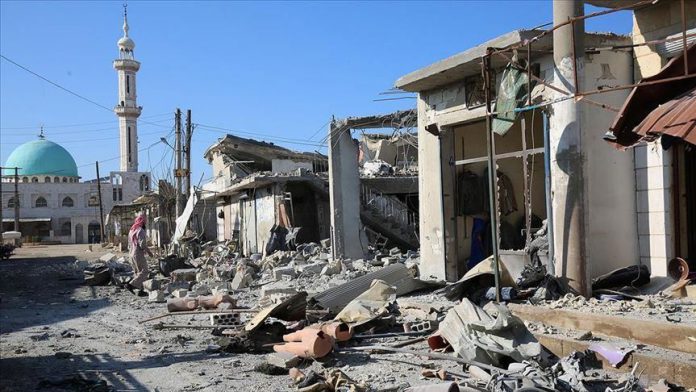 At least 12 civilians were killed in airstrikes and artillery attacks by the Bashar al-Assad regime on the de-escalation zone in northwestern Syria on Tuesday, according to the White Helmets civil defense agency.

The agency said the attacks left six people dead in the town of Bidama, four in Maasaran and one each in Tal Minnis and Kanayes villages in Idlib province.

The attacks have forced civilians to flee their homes to relatively safer areas near the Turkish border.

Since Moscow and Ankara reached a deal in September 2018, over 1,300 civilians have been killed in the Idlib