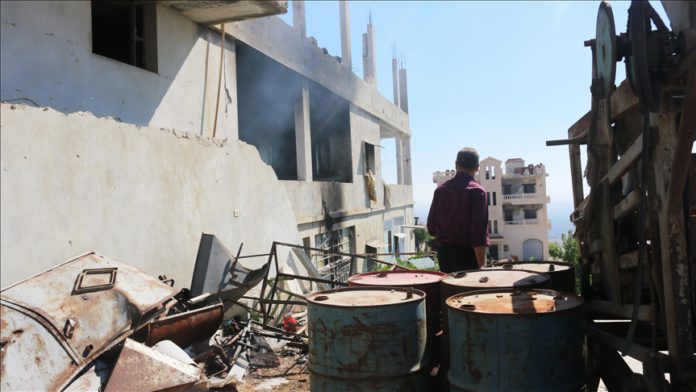 A Syrian civilian was killed and 10 others were injured in attacks by Assad regime forces and Iranian-backed terrorist groups in northwestern Syria, according to the Syria Civil Defense (White Helmets) on Saturday.

He said the attacks killed one civilian and injured 10 others in Kafr Latah.

“Among the injured are two children, and one civilian, who is in critical condition,” he said, adding that the injured civilians were rushed to hospital for treatment.

On Thursday, regime forces and allied terrorist groups killed six civilians and injured 13 others in attacks in northwestern Syria.

Syria has been mired in a vicious civil war since early 2011, when the Bashar al-Assad regime cracked down on pro-democracy protests with unexpected ferocity.

Idlib falls within a de-escalation zone forged under an agreement between Turkey and Russia in March 2020. The Syrian regime, however, has consistently violated the terms of the cease-fire, launching frequent attacks inside the de-escalation zone.