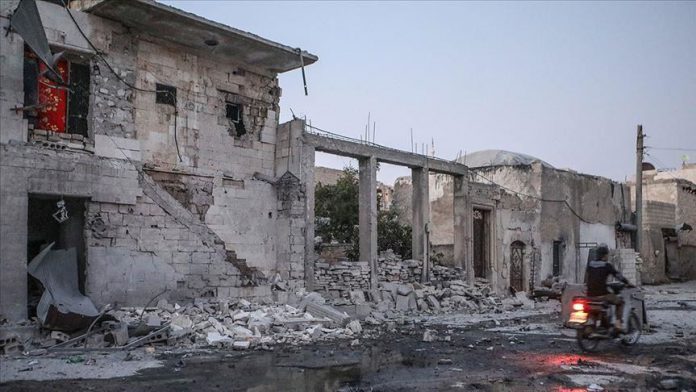 Fighter jets of the Syrian regime struck a town in northwestern Syria on Sunday, killing a child and wounding seven people, according to the opposition White Helmets civil defense agency.

Warplanes hit a bakery in the town of Maarsurin in Idlib province, which falls within a de-escalation zone where acts of aggression are explicitly prohibited, the agency said.

Regime planes carried another attack in the town, killing a child and wounding seven people.

On Dec. 7, the Bashar al-Assad regime and its ally Russia struck a marketplace in Idlib, leaving 19 people dead.

Since Moscow and Ankara reached a deal

Medal-winning athlete sticks to swimming against all odds

Global oil demand could drop by 20% due to virus: IEA