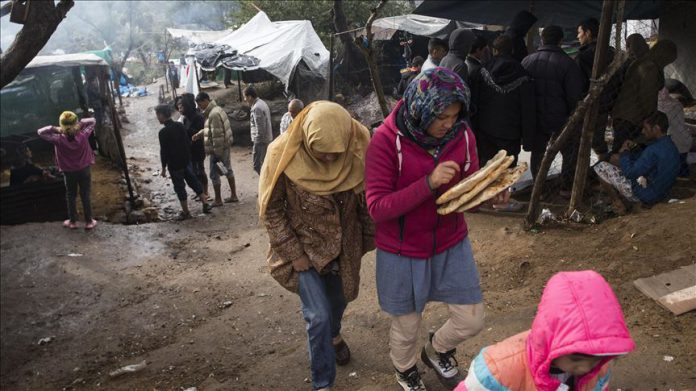 Hundreds of irregular migrants taking shelter in a refugee camp in northwestern Bihac province of Bosnia Herzegovina near Croatian border struggle to live under harsh winter conditions in which air temperature drops to minus 10 Celsius.

Up to 500 refugees living in the Vucjak Camp have lived under difficult conditions already, but the arrival of winter has taken their grievances to another level.

The refugees in the camp, which is only 15 kilometers (9.3 miles) away from the EU-member Croatia’s border, urge Croatian officials to allow entrance so that they can proceed to European countries such