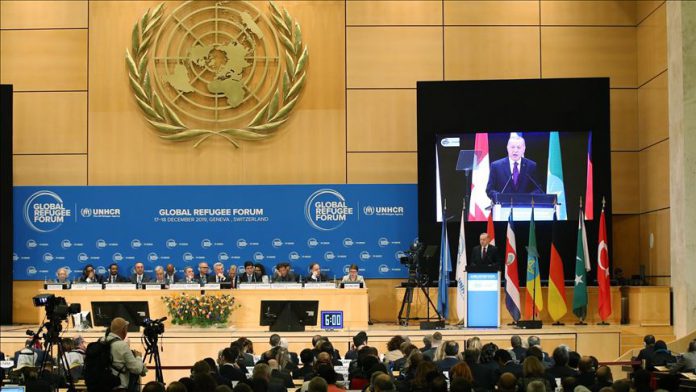 Safe return of refugees and establishing a permanent stability in Syria is as important as fight against terrorism, the Turkish president said on Tuesday.

Addressing the first-ever Global Refugee Forum in Geneva, Recep Tayyip Erdogan said: “Formulas to keep refugees in their own lands and repatriate those in Turkey need to be implemented.”

Erdogan also said that Turkey is currently hosting 5 million refugees — with 3.7 of them Syrian — and never forcefully repatriated any of them.

“Countries with more means put limits on refugees, while Turkey opened its arms to everyone without discriminating,” he added.

China snaps back at Japan over US joint statement

Rwanda’s Thanksgiving Day marked in homes due to virus