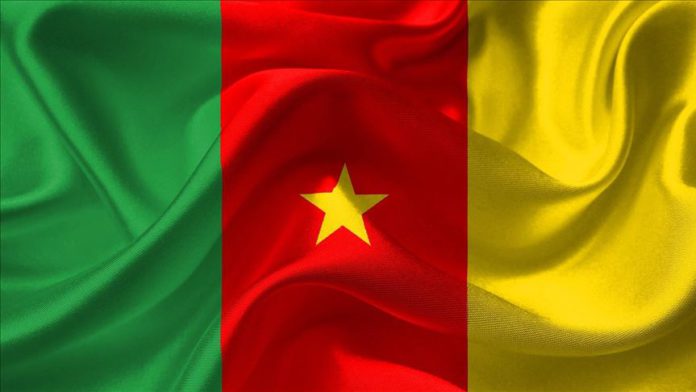 A daywork would safe the day, but it is not enough to sustain welfare, sometimes even the basic needs, or to eradicate the “inhuman” living conditions of refugees in Cameroon.

Xavier Bourgois, spokesman for the UN Refugee Agency in Cameroon, and some refugees evinced the plight they bear, including the difficult conditions worsened by the coronavirus pandemic, on the occasion of the World Refugee Day, marked globally on June 20 every year to raise awareness on the situation of refugees across the world.

“Our biggest challenge in Cameroon is the lack of resources,” Bourgois told Anadolu Agency with an explicit tone.

“Our operation is dramatically underfunded and faces many crises: on the eastern ridge with Central African refugees, in the far north with Nigerian refugees and the north-western south-western regions with internally displaced people.

“For refugees alone, we are assisting more than 400,000 people in a country that is unfortunately forgotten by donors and the international community,” he explained.

He made the statement a few days after a sit-in protest organized by refugees outside the UNHCR office in the Douala city on June 3, a day that ended badly with a police raid. Tear gas was used to disperse protestors.

The refugees complained about not having enough help to cope with the coronavirus and the difficult conditions they usually live in.

“We are in a very critical situation. I manage during the day to find something to do. I unload trucks or knock on doors to wash people’s clothes in exchange for a little money. I empty gullies and toilets to survive. I do everything I see except stealing. Some of us live in inhuman conditions. We are sick and we cannot get treatment, we are not supported,” said Traore Mamadou, the president of the Ivorian refugee community in Douala.

According to him, the UNHCR is still complaining about not having enough money from donors “yet despite this, its officials drive big cars, they do not run out of fuel, they are well paid and they sleep in good houses.”

Ndiki Marie Jeanne, a Congolese refugee, is a shopkeeper and her husband is a laborer on construction sites. With the coronavirus crisis, her husband, who was already struggling to find building sites, is out of work and she does not have enough money for her business also.

“If we wait for support, we will die hungry,” she said.

Gounoumoundjou Bienvenu Quentin, the vice president of the Collective of Refugee Communities of Douala, is a mathematics teacher. To make ends meet, he gives rehearsal classes.

With much to say about the situation of his fellow refugees in the country, Gounoumoundjou accuses the UNHCR of limiting the efforts dedicated to refugees and scheming against them.

He also blames the UN refugee body of using the police to prevent them from expressing their discontent instead of protecting them.

According to him, shenanigans are perpetrated by officials who have been at the head of this body for the past ten years.

“Leadership renewal would be beneficial to us,” the teacher argued.

He also deplores lack of communication.

“Seeking discussion with this organization is more difficult than communicating with the president of the republic,” he compared.

He believes there would be fewer demonstrations if the contact were easy.

Refugees approached by Anadolu Agency wonder why in some countries more fund is allocated against the crisis while nothing is clear about what they should receive in Cameroon.

No cases of coronavirus have been recorded in the refugee reception sites in Cameroon. But four deaths related to COVID-19 in the cities of Yaounde, Bertoua, and Douala have been reported.

“This is largely due to the responsiveness of the UNHCR and its partners who have very quickly implemented a range of protection measures, but also thanks to the discipline of the refugee populations who have understood the importance of barrier gestures,” the UNHCR explained.

Bourgois said in urban areas, one-off assistance of 10,000 to 15,000 CFA francs [$17 to $25] per month for three months was also offered to 11,000 households to respond to the emergency and enable families to respect the gestures of the barriers.

Voluntary returns of Central African refugees were organized, but the arrival of the crisis created a temporary halt in operations.

“This is difficult for many refugees who had prepared to leave, had sold their belongings, their businesses, or their livestock. Some families found themselves separated,” Bourgois said.

– Towards a hunger strike

He also added that the organization does not currently have the means to offer more substantial assistance. The one offered to refugees is what the Cameroonian state has been able to offer to the most vulnerable citizens.

“By way of comparison, the UNHCR in Chad assists 1,380 urban refugee households compared to more than 11,000 in Cameroon. The budget allocated to refugees is therefore mechanically lower for an operation like ours. I would like to point out that the UNHCR in Cameroon assists more than 400,000 refugees in total,” he explained.

According to Bourgois, suspicions about the distribution of this assistance among refugees is due to technical problems and beneficiaries’ list-checking with a telecommunication company through which refugees should receive money.

Concerning the police’s intervention during the refugees’ sit-in in Douala, he said the UNHCR did not make any particular request for protection because it was concerned about everyone’s freedom of expression.

In Cameroon, refugees gather annually to celebrate World Refugee Day. But this year, Bourgois said, they are planning a hunger strike if they are not offered better options for their demands, particularly more support during the COVID-19 period and better living conditions.

The UNHCR is planning a digital event with a wide range of activities that will take place via social networks and media to mark World Refugee Day.