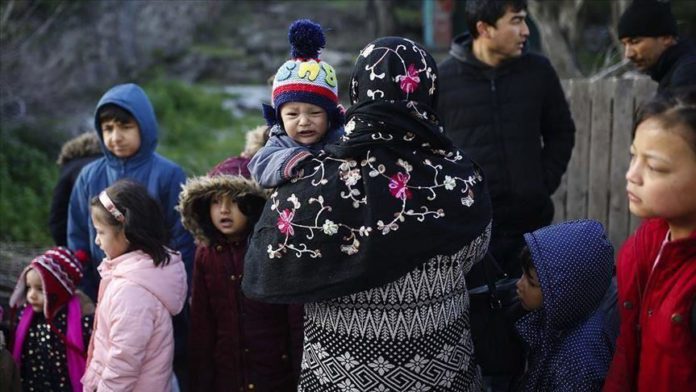 Refugees and asylum seekers who have falsely been blamed for spreading coronavirus face stigma and discrimination while the COVID-19 pandemic wreaks havoc across the globe, according to experts.

The disease knows no boundaries or race, affecting everyone throughout the world, including refugees and asylum seekers.

According to the UN Refugee Agency (UNHCR), over 80% of refugees and almost all of the internally displaced people worldwide are taking shelter in low- and middle-income countries.

“They frequently face specific challenges and vulnerabilities that must be taken into consideration in COVID-19 readiness and response operations,” according to the UN body.

By the end of 2019, global displacement reached 79.5 million people, including 26 million refugees and 4.2 million asylum seekers across the world, said the UNHCR.

“Even though it has no scientific basis, refugees and asylum seekers are held responsible for spreading the virus in many countries during the pandemic. Increased stigma and discrimination towards refugees and asylum seekers emerge as a problem which affects the internal peace of many societies,” Dr. Ozge Karadag Caman, a public health researcher at the Center for Sustainable Development of Columbia University, said.

A professor of history, anthropology and ethics in medicine at the University of Giessen, Germany, Michael Knipper cited many places where living conditions make these two groups highly vulnerable for catching the virus, including Syria, Lebanon, Mexico, Colombia, and scores in Europe from Germany to the Greek Islands.

“A further problem which links the two areas (of structural vulnerability and political neglect) is stigma: refugees and asylum seekers are at risk of being identified as carriers of the disease, and when affected (due to the living conditions they are not responsible for), the stigma may push politics towards an even stronger approach of exclusion. People who are victims of the situation get blamed,” said Knipper.

Both Caman and Knipper agree that the living conditions of many asylum seekers and refugees such as crowded spaces and little access to protective measures and information make them highly vulnerable to contracting coronavirus which infected nearly 26 million people worldwide and suffering the socio-economic consequences, including precarious economic and working conditions and very low levels of social and economic security.

Knipper highlighted that political neglect is one of the two main reasons refugees and asylum seekers are hit disproportionately hard by the pandemic.

“Political neglect or policies that neglect the universal rights (e.g. to health) of refugees and asylum seekers is what translates into barriers for accessing health services and health-related information,” he said.

Knipper asserted that refugees and asylum seekers have been forgotten in the world “to a certain extent.”

“But I’m not sure if it is always a kind of forgetting. It may also be active and delineate neglect. There have been, for example, some attention of German politics for refugees in Lesbos, but only with a humanitarian or kind of charity approach: there is some interest in the suffering of the people (especially of children) and calls for action (to save at least some children), yet no interest in a structural or political approach. There is no real commitment to universal human rights,” he elaborated.

On the other hand, Paul Spiegel, director of the Johns Hopkins Center for Humanitarian Health, said: “Not necessarily. Many governments, organizations and people are raising the alarm and stating that these groups are at high risk. Humanitarian plans have been prepared, appeals launched (although insufficiently funded), and interventions have been implemented.”

Asylum seekers and refugees should be taken into account in controlling the pandemic, Caman urged, also calling for proving equal access to reliable health information, testing and treatment for them.

Living and working conditions, which make asylum seekers and refugees more vulnerable to the virus, should be improved, she said.

“Also, it is very important to avoid using stigmatizing language towards asylum seekers and refugees in the media or other messages directed to the public,” she stressed.

Likewise, governments can release asylum seekers who are in closed detention facilities and apply the same measures used for nationals to ensure they are not infected and do not spread the virus, Spiegel said, adding they can be monitored to ensure that they return for their asylum hearings.

“Governments should consider how any future treatments and vaccines will be rolled out. There is concern that non-nationals — asylum seekers, refugees and migrants — will not be sufficiently included in such a roll-out with insufficient supplies. Besides ensuring equity from a human rights perspective, it makes public health sense to include all people according to set criteria – and not exclude certain groups due to nationality or other issues like religion or ethnicity,” he stressed.

Knipper believes that the most important measure would be adapting systematic measures to tackle the social, legal and political determinants of the disproportionate and discriminative high risk of refugees and asylum seekers and other groups for contracting COVID-19, for suffering the disease and the socio-economic consequences.