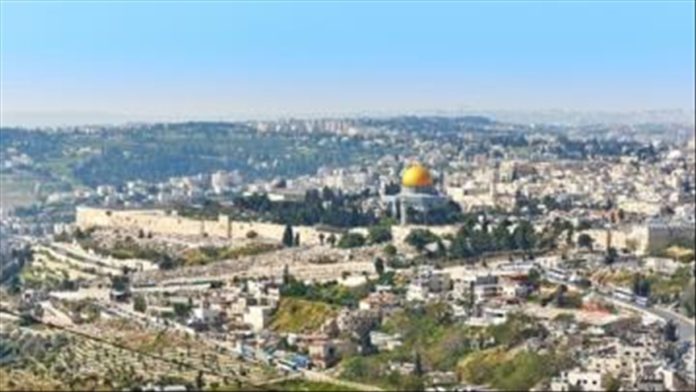 Jerusalem, the holy city for the adherents of all three great monotheistic religions, still presents the impact of the Muslim leader, Salah al-Din Yusuf ibn Ayyub, the sultan of Egypt and Syria, who defeated the army of crusaders in the Battle of Hattin and as a result, regained control over Jerusalem in 1187 after more than 90 years of the crusader occupation.

Muslims all over the world consider this liberation the greatest incident in Salah Al-Din’s history as he restored the city’s religious, social, and political balance, which is still regarded as remarkable in the city.

“He had a strategic plan to restore the city’s demographic and social identity, which is evident today through the presence in Jerusalem of a large number of families of soldiers who fought with him, such as Moroccan, Kurdish families, the African community, and others,” said Abdallah Marouf, a professor of Islamic History at Istanbul’s 29 Mayis University.

These families today are an original and effective component of the mainstream society in Jerusalem.

Salah Al-Din strengthened the political position of the city on the Islamic mind when he, on his highest power, unified the Muslims from Egypt to Arabia using his political and military skills that helped him celebrate the victory with his soldiers.

“Salah Al-Din’s political intelligence highlighted the political importance of the city along with its religious symbolism and spirituality among Muslims. And that is still observed of all historical periods that have passed through the city from the Ayyubids to its modern history,” Marouf added.

Salah Al-Din restored the social balance and peaceful relations among adherents of different religions in the city.

“Joudeh family who are Muslims still keep the keys to the Church of the Holy Sepulchre, which demonstrates the social ladder in the city after having had bloody years during the Crusade,” he added.

Saladin Conquest of Jerusalem is still the most important historic event and its impacts are still clear in the people’s collective consciousness, particularly in the Ottoman archaeological sites inside the Al-Aqsa Mosque.

The Ottomans built a dome inside the yards of the Al-Aqsa compound and called it the dome of Yusuf ibn Ayyub and they installed a manuscript from his reign that was found on the wall of the city during its reconstruction in the Ottoman era.

Nur Al-Din Zangi minbar that Salah ِAl-Din brought from Damascus to Jerusalem after his victory was the most significant milestone of the Muslim’s victory until it was burned in 1969 by Denis Michael Rohan.

“The Israeli occupation is constantly trying to obliterate any symbols that remind Palestinians of Salah Al-Din’s victory, and I think that was one of Rohan’s main motives for burning down the minbar,” Marouf said.

Marouf mentioned many other milestones from the Ayyubids that the Israeli occupation targeted by demolitions or by controlling and turning them into Jewish temples.

“In 1967, the Israeli forces demolished the Moroccan neighborhood on the west of the Al-Aqsa Mosque built by Salah Al-Din as an Islamic Waqf for soldiers who came with him from Morocco to liberate Jerusalem,” he added.

The Israeli occupation confiscated the Kurdish Waqf in the north of the Al-Aqsa Mosque and converted it to what is known among the Israeli settlers as the little Wailing Wall.

Marouf believes that these days are the worst in the city due to the ongoing attempts of occupation to interrupt it from its long human memory and pin a new memory on it, different from what the city has cultured during its history.

“The occupation is working consistently to obliterate long-lived Arab-Islamic Christian identity. The people of the city are aware of the plans of the occupation to create a permanent foothold for extremist settlers in the holy sites of the city through their continued incursions into the Al-Aqsa Mosque and the activity of settlement associations to seize many Christian Waqfs,” Marouf also noted.