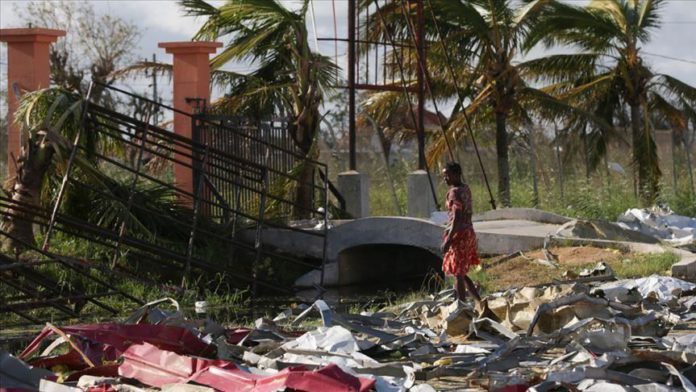 The International Committee of the Red Cross (ICRC) on Thursday warned of growing violence and humanitarian crisis in Mozambique, saying that “brutal violence” over the last three years “has now reached a new intensity.”

“Northern Mozambique is engulfed in a conflict that is getting worse […] When the plight of people you seek to help keeps getting worse, you feel helpless,” Hannah Matthews, a UK aid worker who headed up the ICRC’s work in Mozambique’s northern province of Cabo Delgado, said in a statement released on Thursday.

“When you rebuild a maternity hospital after a cyclone, only for it to be razed to the ground by conflict, you rage on the inside,” she added.

“Mozambique has left its mark on me like nowhere else I’ve worked in my 12 years in the humanitarian sector,” Matthews said.

Regarding armed conflict and humanitarian crisis in province of Cabo Delgado, she said: “Brutal violence has been slowly escalating over the last three years and has now reached a new intensity.”

“There were more attacks in the first half of 2020 than there were in the entirety on 2019,” she added, giving an example of the recent attack on Mocimboa da Praia.

“The mental health impact is profound. When you speak to people the trauma is palpable. They are afraid. They have witnessed unspeakable horrors,” she explained.

“Numerous people told me that they are too afraid to sleep indoors as they’ve seen too many homes burned to the ground. Instead, they’d rather take their chances under the stars with snakes and mosquitos for company,” she said.

Regarding the coronavirus pandemic which has reportedly left 20 people dead in the country, she said: “Brutal conflict, natural disasters and a pandemic. This is the reality in northern Mozambique. You cannot exaggerate the gravity of the situation. The world must not ignore it.”

In a report issued in 2020, the UN Refugee Agency (UNHCR) documented at least 100,000 people have been forced to flee their homes throughout Cabo Delgado due to the escalation of violence by armed groups.

“There has been a dramatic increase of brutal attacks by armed groups over the past months, with the recent weeks being the most volatile period since the incidents began in October 2017,” the report said.

UN says will look into Anadolu Agency raid in Cairo