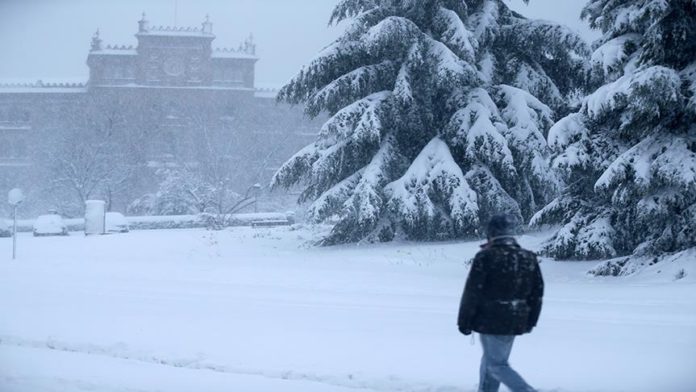 Much of Spain came to a halt on Saturday amid historic levels of snow that continue to blanket wide swaths of the country.

Madrid, where as much as 60 cm (23 inches) of snow has fallen so far, has shut down its airport for the entire day and suspended all train and bus services.

Hundreds of roads and highways across the country have likewise collapsed, with the rare winter storm called Filomena putting 45 of Spain’s 50 provinces under alert.

The Spanish capital’s streets have given rise to surreal scenes like dog sledding and cross-country skiing. The last time a comparable snowstorm was seen was in 1971.

Though the wintery landscapes are beautiful, the mayor of Madrid implored people to stay home.

“The situation in Madrid is very serious. Going out can be tremendously dangerous. Tree branches are snapping and mobility is blocked,” Jose Luis Martinez Almeida told press.

“We are doing everything we can to rescue people who are trapped in their cars, but the situation is very complicated.”

The Spanish army has joined rescue efforts, and the head of Madrid’s emergency agency said more than 1,000 vehicles had been trapped.

Storm Filomena has already been confirmed to have killed two people further south in Malaga, who got swept up in a river when driving amid heavy rains.

Spain’s meteorological agency says the storm will last through Monday.

Schools have already been canceled in Madrid, Castile, and Leon until Wednesday.