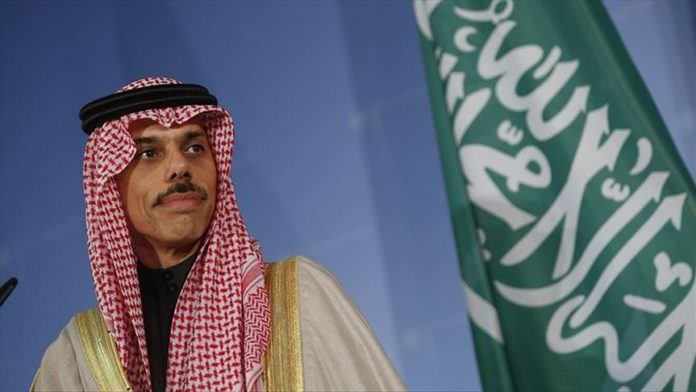 Reconciliation among the warring parties in Libya would end foreign intervention and conflict in the country, Saudi Arabia’s foreign minister said Wednesday.

Speaking at a joint press conference with Nasser Burita, his Moroccon counterpart, Faisal bin Farhan said: “We are concerned about the impact of the situation in Libya on Arab regional security.”

“Libyan parties can find solutions to their problems. There should be a political solution to the crisis,” Burita, for his part, told reporters.

Before his visit to Morocco, the Saudi top diplomat was in Egypt, Algeria and Tunisia to talk about the developing situation in Libya.

The UN recognizes the government headed by al-Sarraj as the country’s legitimate authority, as it has battled warlord Khalifa Haftar’s militias — with the support of Saudi Arabia, Russia, Egypt, the UAE and France — since April 2019 in a conflict that has taken more than 1,000 lives.