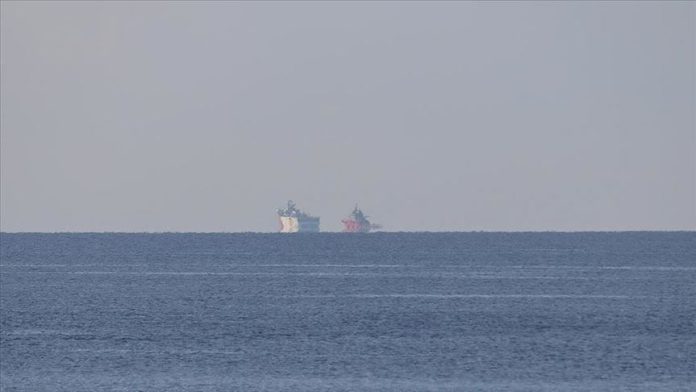 Turkey on Tuesday strongly rebuffed US’ recent statement on the country’s survey activity in the Eastern Mediterranean, calling it a “serious inconsistency”.

“It is a serious inconsistency for the US to criticize the Oruc Reis seismic vessel’s research activities pursued in Turkey’s continental shelf, as it [US] previously said the Seville Map, representing Greek/Greek Cypriots’ maximalist maritime jurisdiction claims in the Eastern Mediterranean, has no legal validity,” said Foreign Ministry spokesman Hami Aksoy in a statement.

Aksoy further noted that the same “inconsistency” is also observed among some EU countries’ statements.

The statement came shortly after US State Department spokeswoman Morgan Ortagus described Turkey’s survey activity in the Eastern Mediterranean as a “provocation”.

“It is not Turkey that escalates tensions in the Aegean and the Mediterranean, but rather Greece and Greek Cyprus,” Aksoy added.

He also said the ministry has shared with the public “the activities of Greece which have escalated the tensions since Sept. 12”.

Renewed efforts of Oruc Reis in the Eastern Mediterranean will be within the Turkish continental shelf hundreds of kilometers away from the Greek mainland, Turkey’s Foreign Ministry had said Monday.

Declaring the Greek-Egyptian deal “null and void”, Turkey authorized the Oruc Reis to continue activities in an area within Turkey’s continental shelf.