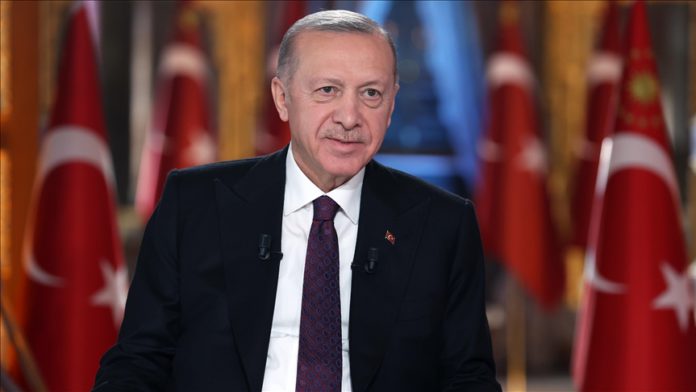 Recent steps by the Turkish Central Bank and Turkey’s new economic model will lead to lower inflation, said the nation’s president on Friday.

These developments showed that all of Turkey’s citizens should trust in the lira, he added, speaking about a new measure announced Monday in which Turkey will compensate lira depositors for foreign currency fluctuations, while encouraging citizens to move to Turkish lira-based assets.

About the new FX-protected Turkish lira deposits, Erdogan said Turkish citizens have two guarantees, one from the Turkish Central Bank and the other from the Treasury.

Erdogan stressed that the new instrument was developed to ensure financial stability, and emphasized that it is not against the Constitution.

“Foreign exchange rates will stabilize in a very short period of time,” he said, pointing to an end to recent fluctuations in the lira’s value.

Erdogan argued that the opposition party and its allies want to index the Turkish lira to the US dollar and the euro.