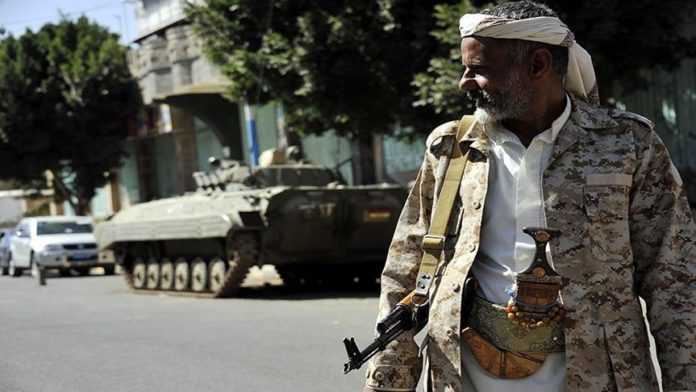 Houthi rebels were responsible for the death of dozens of African migrants in a detention center in the Yemeni capital Sanaa, a rights group confirmed on Wednesday.

In a statement, the Mwatana for Human Rights, which is affiliated with the Houthi group, said the rebels attempted to forcefully break a hunger strike staged by hundreds of migrants on March 7 in protest of their mistreatment.

“Houthi rebels closed the center and threw grenades, which led to the outbreak of a fire at the detention center,” the statement cited the testimony of an eyewitness.

It remains unclear how many migrants were killed in the incident.

On Tuesday, the head of an Ethiopian news network told BBC that 513 migrants were killed in the incident.

On Tuesday, dozens of migrants staged a demonstration outside the office of the UN High Commissioner for Refugees in Sanaa for the second day in a row in protest of the migrant deaths.

African migrants, particularly from Ethiopia and Somalia, use Yemen as a transit point on their way to the Gulf for work.