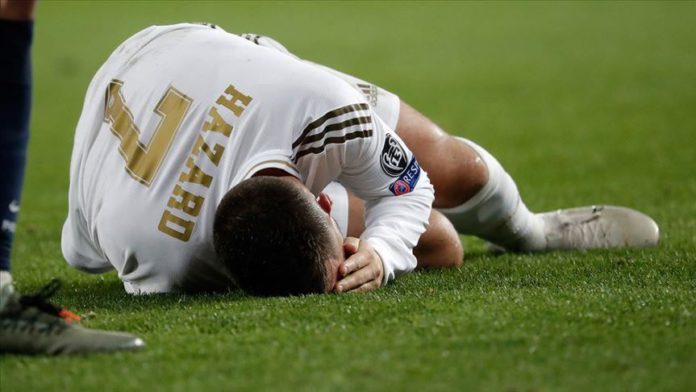 “Following tests carried out today on our player, Eden Hazard, by Real Madrid Medical Services, he has been diagnosed with a muscle injury in his right leg. His recovery will continue to be assessed,” the Spanish powerhouse said in a statement.

Belgium winger Hazard is likely to miss his nation’s matches next month as the timetable for his return is uncertain.

The Belgian Red Devils will play against Ivory Coast in a friendly match on Oct. 8.

Then Belgium will visit England in the UEFA Nations League group match on Oct. 11.

They will take on Iceland in the Nations League on Oct. 14 in Reykjavik.

Hazard joined Real Madrid in 2019 to be the last season’s Spanish champion.

Hazard also won the UEFA Europa League twice with Chelsea in 2013 and 2019.

Hazard bagged bronze medal in the 2018 FIFA World Cup as Belgium finished the tournament in the third place.