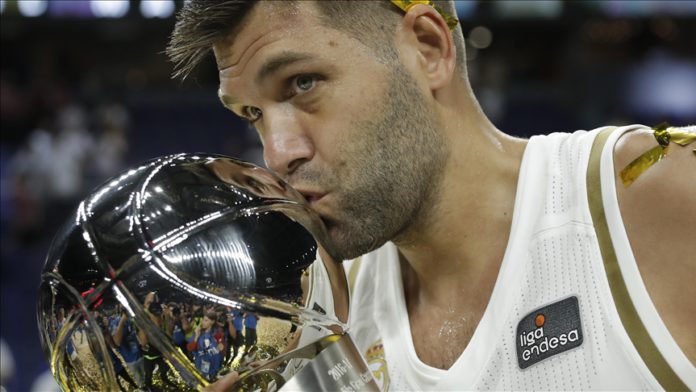 “I can say with great happiness and loud and clear that I’ve managed to retire at my boyhood club after 17 years here. That’s the best I could have hoped for. I didn’t give any thought to staying on for another year because I’m mentally saturated, I need a change and to prioritize my family. It’s good to be retiring at 41, it’s long enough,” 41-year-old Reyes said in a news conference.

“Playing for Real Madrid is a dream come true … I’m really proud and happy to say that I’ve been here for 17 seasons and been captain for 16 of them. I’ve given my all out on the court. I leave here feeling satisfied and I hope that I’ve been up to the task,” Reyes added.

At a ceremony, Real Madrid President Florentino Perez paid tribute to the Spanish power forward for his affection to the game and club.

“We’re talking about a legendary player who has captured the hearts of all those of us who love this sport,” Perez said, adding that Real Madrid players, coaches and club staff love him very much.

“As president, I want to thank you for your commitment, the excitement you’ve given us over all of these years and I want to make it clear that it’s been a pleasure for me to have you as a Real Madrid player,” Perez added.

He was named to the All-EuroLeague First Team in the 2014-15 season.

He had also played for the Spanish national team and won a gold medal in the 2006 FIBA World Cup.

He is also an Olympic medalist with his nation as he claimed silver medals in Beijing 2008 and London 2012, as well as a bronze in Rio 2016.