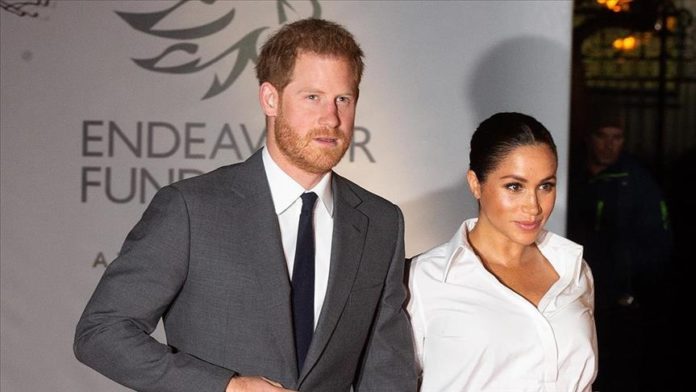 Prince Harry and his wife Meghan Markle have given an explosive and insightful interview to media mogul Oprah Winfrey about their experiences with Buckingham Palace and why they decided to step back from their official roles.

The interview aired by CBS This Morning has caused ripples across the world with many taking to social media to provide their own analysis and opinion of the situation.

Shola Mos-Shogbamimu, a prominent lawyer, author, and women rights activist, called out the royal family for failing to support their son and his wife from hate speech in the media and racism in general.

“The Queen is not above reproach. She & the Royal Family are neither faultless or perfect. They have a case to answer for the failure to support #HarryandMeghan from racism/ hate media which led to them stepping back royal duties. #HarryandMeghanonOprah #OprahMeghanHarry #GMB,” Shola said in a tweet.

When asked by Oprah why the couple did not want to make Archie, their son, a prince, Meghan revealed that in the months leading up to his birth, there were conversations being held in the Palace on how dark his skin would be, what that would mean for the palace and how he would not be given a royal title.

“There were concerns and conversations about how dark his skin might be when he’s born,” Meghan said to Oprah. The media mogul replied with a shocked “what.. who is having that conversation..? Hold up, Hold up! Stop right now! There’s a conversation about how dark your baby is going to be!”

Meghan identifies herself as mixed-race.

The opposition Labour Party has called on Buckingham Palace to investigate any allegations of racism.

“The issues that Meghan has raised of racism and mental health are really serious issues. It is a reminder that too many people experience racism in 21st-century Britain. We have to take that very, very seriously,” Labour leader Keir Starmer said in a statement.

“Nobody, but nobody, should be prejudiced [against] because of the colour of their skin or because of their mental health issues. This is bigger than the royal family. For too many years we have been too dismissive and too willing to put these issues to one side,” he added.

Others, however, took offence to the interview and the allegations that were made against the Palace.

Piers Morgan, a controversial TV presenter, accused the couple of betraying the Queen and the royal family, taking to Twitter in his usual fashion to lambast the couple.

“This interview is an absolutely disgraceful betrayal of the Queen and the Royal Family. I expect all this vile destructive self-serving nonsense from Meghan Markle – but for Harry to let her take down his family and the Monarchy like this is shameful. #OprahMeghanHarry,” Morgan said.

In January 2020, the royal couple officially stepped back from their senior positions in the royal family and are no longer using their official titles, His/Her Royal Highness (HRH), that is usually given to senior members of the House of Windsor.

The decision was a result of intense media scrutiny of the couple by British tabloids who were accused of bullying and intruding in their personal lives. It is understood that Buckingham Palace was disappointed with the decision and were not even consulted beforehand.

In September 2019, Meghan sued the Associated Newspapers after their affiliates, the Mail on Sunday and Mail Online, published a private letter that Meghan had written to her estranged father and sought damages for alleged misuse of private information, copyright and infringement as well as the breach of the Data Protection Act.

Last month, the Duchess of Sussex won a high court privacy case against the Mail on Sunday after a two-year legal battle.