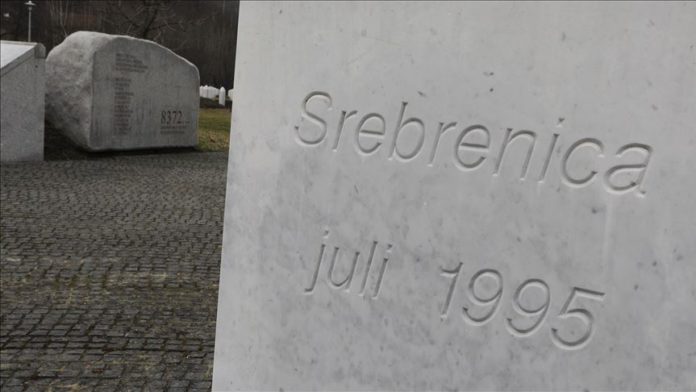 Mladic is appealing his conviction for genocide and crimes against humanity at a court in The Hague.

The hearing began after it was delayed several times due to Mladic’s health issues and the coronavirus pandemic.

The 78-year-old led forces during the massacre of Bosnian Muslims (Bosniaks) during the 1990s Bosnian War.

He was also found to have had “significant responsibility” for the genocide of over 8,000 Muslim men and boys committed at Srebrenica in 1995.

In 2017 judges for the International Criminal Tribunal for the Former Yugoslavia (ICTY) sitting in The Hague unanimously found Mladic guilty of culpability in the Srebrenica murders, which took place towards the end of the country’s brutal three-year civil war.

Mladic was once Europe’s most wanted man after his role in the 1992-1995 Bosnian War.

He was the commander of the Army of Republika Srpska, which was established in Bosnia-Herzegovina at the beginning of the country’s civil war amid the breakup of Yugoslavia.

He and the forces under his command were linked to genocide committed in Bosnia, particularly in Srebrenica, Europe’s worst atrocity since World War II, after Serb forces overran an enclave supposed to be under the protection of UN peacekeepers.

However, Mladic is also known for his forces’ bloody 1,425-day siege of Sarajevo, the longest of a capital city in the history of modern warfare.

After the end of the war with the Dayton Accords of Nov. 21, 1995, Mladic became a fugitive for over a decade.

A 15-year manhunt ended in 2011 when Mladic was found and handed over to The Hague tribunal for trial.

The more-than-500-day trial called 591 witnesses and saw nearly 10,000 pieces of evidence accepted by the court.