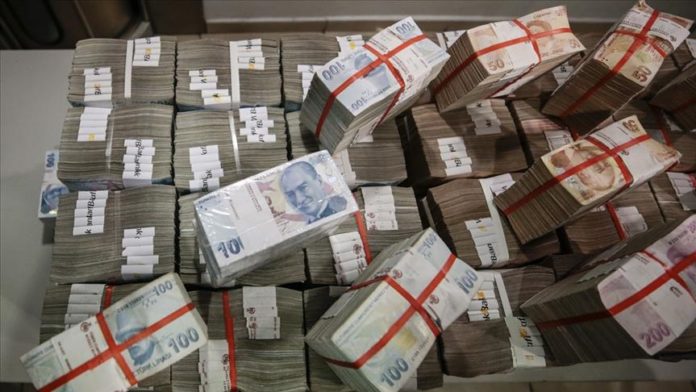 The bank’s Thursday hike in its benchmark interest rate from 15% to 17% was hailed by markets, seen as showing its determination to fight inflation.

Following the move, the Turkish lira appreciated some 1% against the US dollar, with the dollar/Turkish lira rate falling to 7.57 from over 7.61.

Underlining how Turkey’s five-year credit default sawp (CDS) premium rallied in from 550-600 base points a few months back to around 300 now, Ash said:

“I would say half this compression is due to Agbal and more credible monetary policy. That means Turkey can borrow more cheaply on international capital markets.”

Saying that it will help to restore credibility and should be helpful to contain dollarization, he stressed that the move affirmed the bank’s new path.

“Sooner or later this strategy will pay off,” he said.

Piotr Matys, emerging markets strategist at Dutch-based Rabobank, called the rate hike smart, adding that it is a strong signal the Central Bank is fully committed to reining in inflation.

Matys also said the Central Bank reiterated its pledge to maintain tight monetary policy until inflation slows down in a sustainable way.

“This bodes well for the lira and supports our view that the Turkish currency has the potential to extend its gains in 2021 beyond the 7.00 level versus the dollar.”

Another comment came from Jason Tuvey, a senior emerging markets economist at London-based Capital Economics, saying today’s meeting will provide further reassurance to investors that the shift to orthodoxy is here to stay.

“The lira has strengthened following the decision and we think that the rally may have a bit further to run over the coming months.”

According to him, the bank is clearly keen to re-establish its inflation-fighting credentials and probably felt that it had little option to follow up last month’s 475 basis points hike with further tightening in order to reassure investors.

“Looking ahead, we think that the bank has probably now done enough and expect the one-week repo rate to be kept at 17.00% for at least the next six months or so,” he added.

Agbal is making good strides in rebuilding the Central Bank’s credibility and addressing damage from past missteps, he said.

“Investors seem to share our growing optimism about the short-term outlook and the lira has strengthened by 0.8% against the dollar, to 7.57, following the decision and we think that it is on course to reach 7.25 in the next few months.”

Cristian Maggio, head of emerging market strategy at Canadian-based TD Securities, stressed that the bank is showing interest in regaining market trust through actions and measurable targets rather than talking or adopting unclear and overly complex policies.

“The overall rhetoric is ‘we are serious about inflation and fixing Turkey’s structural problems’ and more rate hikes may follow if data supports them,” he said.

“This is a good message from the bank that will certainly help the lira, or help the lira at the margin of other potentially more powerful drivers of performance (i.e. sanctions or general risk aversion).”