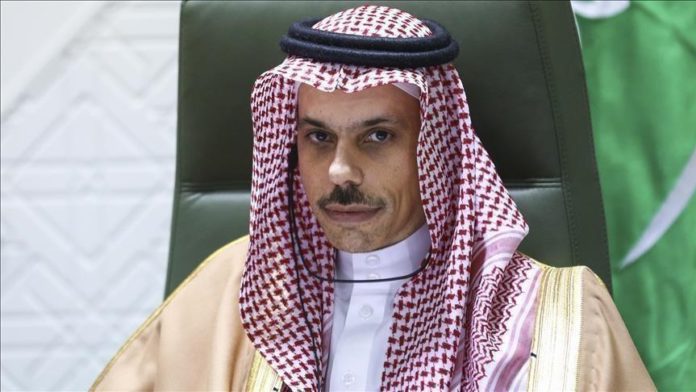 Saudi Arabia said Monday any rapprochement with Israel will come after reaching a just solution to the Palestinian cause.

“The priority now is to find an arrangement so that Israelis and Palestinians can sit together and have a peace process that can be worked on,” Saudi Foreign Minister Prince Faisal bin Farhan said in an interview with Israeli newspaper Maariv on the sidelines of the Munich Security Conference.

“The integration of Israel in the region will be a huge benefit not only for Israel itself but for the entire region,” he added.

The top Saudi diplomat said the lack of a political horizon for peace between the Palestinians and the Israelis would “strengthen the most extreme voices” in the region.

There was no confirmation from the Saudi authorities of the interview with the Israeli daily.

Saudi Arabia has repeatedly reiterated its commitment of the Arab parameters for peace with Israel expressed in the 2002 Saudi-proposed Arab Initiative, which calls for normalizing relations with Tel Aviv in return for withdrawal from territories occupied in 1967.

Israel occupied East Jerusalem during the 1967 Arab-Israeli war and annexed the entire city in 1980 in a move that has never been recognized by the international community.