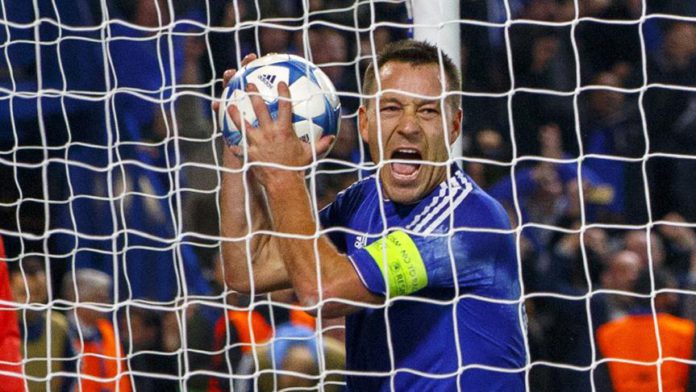 Defenders in football often play the game to avoid goals or parry attacks of opponents as scoring goals are not their primary duty but they sometimes help their teammates in the offense. Real Madrid captain Sergio Ramos stands out a master of goal-scoring defenders.

Ramos is the only active defense player among the big European leagues — like the British Premier League, Germany’s Bundesliga, Italy’s Serie A, and the French Ligue 1 — to have the honor while inactive defenders are leading other divisions.

The 2010 FIFA World Cup winner, Ramos contributed to Real Madrid’s 2-1 victory against Real Sociedad, scoring from penalty in the second half to set the record.

Ramos is a true Real Madrid veteran, playing for the Spanish powerhouse since 2005.

In addition to the World Cup victory, Ramos claimed the European championship twice in 2008 and 2012.

The ex-Dutch defender scored 67 league goals while he was in Spain.

The long time Chelsea player joined Aston Villa in 2017 and ended his professional career in 2018.

Everton’s Leighton Baines is currently the top scoring defender among active players in the Premier League.

There are two retired defenders in the German top division Bundesliga — Bernard Dietz and Manfred Kaltz who were the highest scoring defenders in this competition.

The German pair scored 76 goals each in the league as Dietz and Kaltz are still sharing the top spot in this category.

Dietz was sweeper at Duisburg and Schalke 04 and Kaltz played as a right back for Hamburg.

Freiburg right back Jonathan Schmid scored 32 goals in 251 Bundesliga appearances. So the 30-year-old French national scored most goals in defenders’ category among the active players in Germany.

An Argentine national who played in the highest Italian football division in 1950s, Jose Osvaldo Curti is still the top goal scoring defender of Serie A.

Curti scored 64 goals in 201 league matches in Italy to lead the list.

Argentine-born Curti was a former player of Sampdoria, Padova, Triestina, and Torino and he spent his whole career in Italy.

But the 35-year-old Italian defender is unlikely to break Curti’s record.

Chiellini is a valuable player for Juventus, winning eight Serie A titles in a row since 2012.

Blanc was part of the France squad. He won the 1998 FIFA World Cup and UEFA EURO 2000 titles. He also clinched the French league title with Auxerre in 1996.

One of the most important figures for the French football, Blanc retired from playing football in 2003.

After his retirement, Blanc managed Bordeaux and Paris Saint-Germain as well as the French national team.

Separately Blanc-led Bordeaux were the French champions in 2009.

The 34-year-old French center back has been playing for Saint-Etienne since 2003.