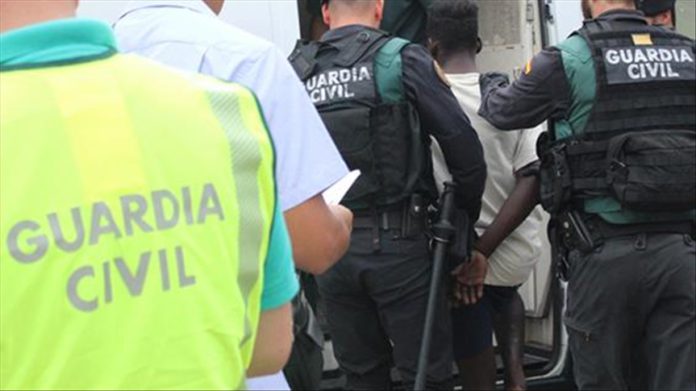 Hundreds of protesters in Spain’s African enclave of Ceuta took to the streets on Monday, calling for the region’s government to push back curfew during Ramadan.

“We want to know why the curfew was moved to 10 p.m. during Ramadan but not over Christmas,” protester Nordin Mohamed Laghmich told local daily El Faro de Ceuta.

Over Christmas and New Year, Spain’s government allowed regional governments to extend the curfew to as late as 1:30 a.m.

On Sunday, just two days before Ramadan was set to begin, the government of Ceuta moved the local curfew from 11 p.m. to 10 p.m. in response to surging coronavirus infections.

Although Ceuta has the second-highest infection rate in the country, protesters say the move is getting in the way of “dignified prayer.”

Around 43% of the 85,000 residents in Ceuta are Muslim, according to a 2019 demographic survey by the Union of Islamic Communities in Spain.

The protesters filled around 200 vehicles that they drove around the small territory, collecting signatures and demanding that curfew is moved back to 11 p.m. and extended until 1 a.m. during the final two nights of Ramadan.

“What we are asking for is simple: that the restrictions adapt to our rituals, just like they did on certain dates for those of the Catholic faith,” said the petition. “Muslims from Spain and Ceuta are tired of discriminatory government policies.”

Other regional Muslim groups and the Spanish Federation of Islamic Religious Entities have also launched similar petitions around curfew, saying that the Muslim community has proven its ability to pray safely and follow health guidelines.

Spain’s Islamic Commission has called on the country’s nearly two million Muslims to take extra precautions due to the pandemic, such as avoiding large gatherings and activities that could lead to health risks, i.e. having iftar in mosques.

'Really quite risky' to pull back on COVID safety