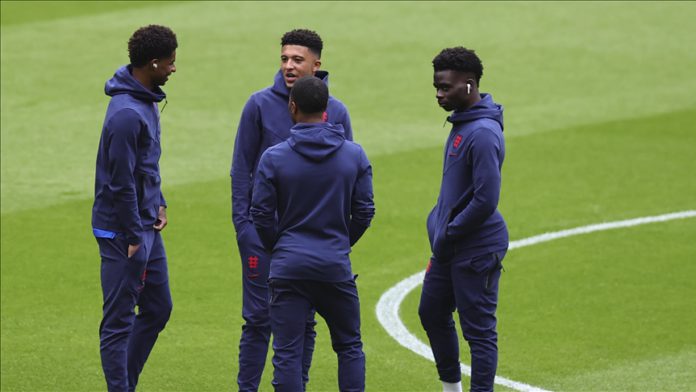 The online offensive and racist abuse targeting England’s three players after missing penalties in last night’s UEFA EURO 2020 final against Italy will be investigated, British police said in a statement on Monday.

“We are aware of a number of offensive and racist social media comments being directed towards footballers following the EURO 2020 final,” the Metropolitan Police said in a statement.

“This abuse is totally unacceptable, it will not be tolerated and it will be investigated.”

The statement came after the racist social media abuse on England stars Marcus Rashford, Jadon Sancho and Bukayo Saka after the team’s defeat to Italy at Wembley Stadium last night.

A number of social media users posted abusive comments about the three Black players, accusing them for the defeat in the first major football competition final that came after decades.

“This England team deserve to be lauded as heroes, not racially abused on social media. Those responsible for this appalling abuse should be ashamed of themselves,” Prime Minister Boris Johnson wrote on Twitter.
The Football Association (FA) has also released a statement to condemn the racist abuse.

“The FA strongly condemns all forms of discrimination and is appalled by the online racism that has been aimed at some of our England players on social media,” the FA said in a statement.

It said: “We could not be clearer that anyone behind such disgusting behavior is not welcome in following the team.

“We will do all we can to support the players affected whilst urging the toughest punishments possible for anyone responsible.”

During the EURO 2020, English players took a knee before matches to raise awareness for the fight against racism and discrimination.

England lost to Italy Sunday night 3-2 on penalty shootouts after a successful tournament, which was postponed last year because of the coronavirus pandemic.

Meanwhile, Italy have been crowned the EURO 2020 champions, winning their first European Championship trophy since the EURO 1968.