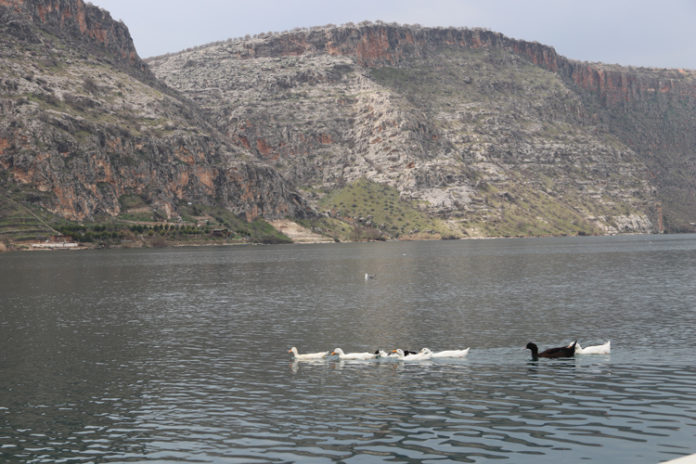 A district in southeastern Turkey’s steppes that resembles a coastal town thanks to the vast artificial lake of the nearby Birecik Dam aims to host record numbers of visitors in the coming tourism season.

Halfeti district in southeastern Sanliurfa province was designated the first “slow city” of southeastern Turkey by Italy-based Cittaslow International in 2013 due to its quiet and peaceful nature.

Halfeti, a hidden gem, has attracted an increasing number of tourists with its historical stone houses, natural beauty and unusual geography that allows visitors to take boat tours.

Savasan village, where the minaret of a submerged mosque and abandoned old houses can be seen, is particularly popular with tourists. 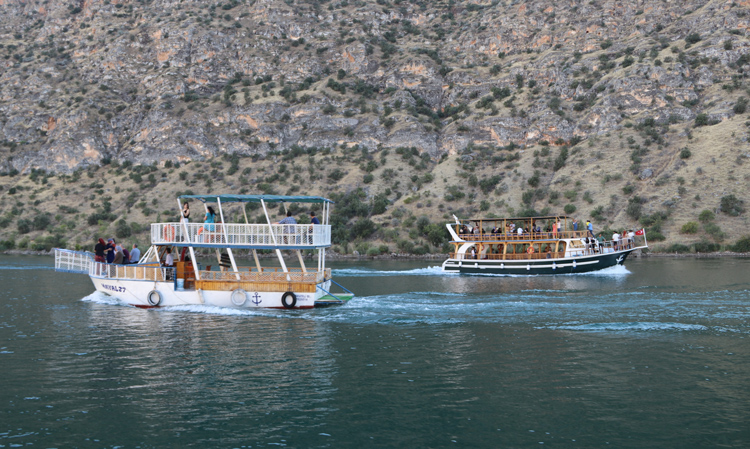 Halfeti is also famous for its black roses, which are actually very dark red, that only grow in this particular part of the world. The scented roses grow on a 1.5-meter rosebush that blooms in the spring and summer.

Owing to travel restrictions and tourists’ health concerns, Halfeti witnessed a significant decline in the number of visitors last year.

However, it was recently included among low-risk regions in Turkey by the country’s health ministry. As such, local authorities and business owners expect to see a huge rise in visitor numbers in the coming tourism season.

Speaking to Anadolu Agency, Halfeti Mayor Seref Albayrak said they aim to host around a million tourists in 2021.

Set on the banks of the Euphrates, Halfeti’s history dates back almost 3,000 years. 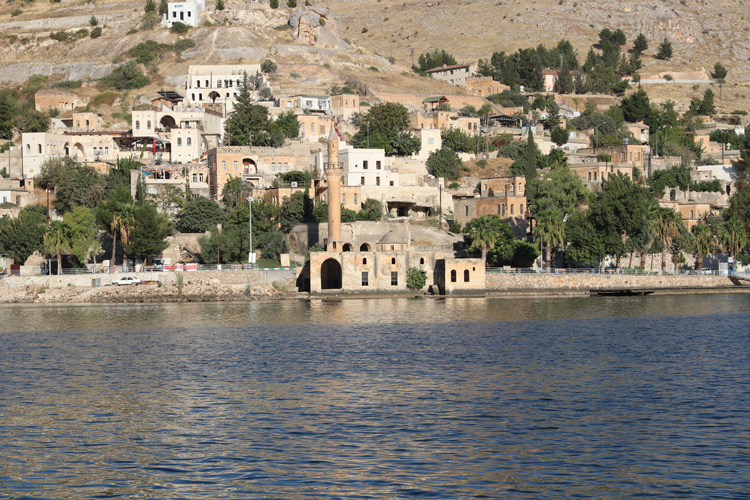 In 1954, the town became a district of Sanliurfa province. With the completion of the Birecik Dam, much of the region was submerged under water.

Rumkale and the other cultural treasures of Halfeti take visitors on a journey to the splendor of the past.

Fruits and vegetables including bananas, grapefruits and dates also grow in the region’s Mediterranean climate

*Written and contribution by Ahmet Gencturk in Ankara

US crude oil prices surpass $90 for first time in more...