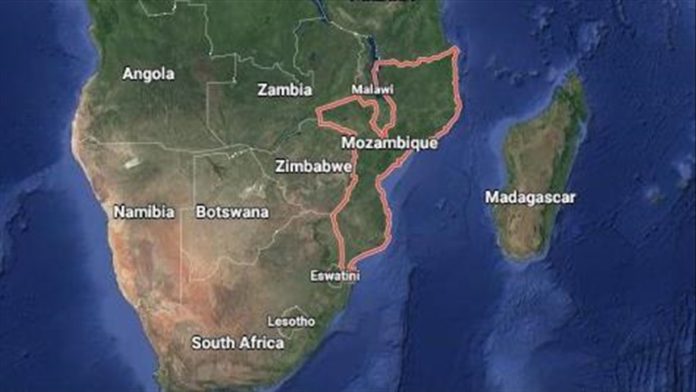 The announcement last week about a decision by southern African leaders to deploy a regional military force to Mozambique to help it battle insurgency, has left many unanswered questions.

Leaders of the 16-nation Southern African Development Community (SADC) meeting in the Mozambican capital of Maputo resolved to deploy a force to Mozambique to help the government combat terrorism and acts of violent extremism.

A statement after the summit provided fewer details on the size of the troops and on when the deployment would take place.

But earlier this year, military experts from the bloc recommended sending 3,000 troops with arms, helicopters, airplanes and naval capacity.

SADC’s Executive Secretary Stergomena Lawrence Tax declined to divulge details in an interview with Anadolu Agency, claiming that “when you go to war you keep the details to yourself, as such we can’t provide the details being asked for.”

An armed insurgency with its origins in the wider socio-economic and political disparity has kept Mozambique smoldering since 2017.

Peace had remained elusive with vast natural resources even after the end of a 15-year civil war in 1992.

Mozambican President Filipe Nyusi has lamented that outside forces were targeting the defenseless public and social institutions.

He said terrorists linked to Daesh/ISIS have caused havoc in the northern province of Cabo Delgado.

Mozambique is to establish headquarters in the northern port city of Nacala for the regional force, according to the statement.

Asked what drove SADC to reach the deployment decision, Tax, said it is in a quest for peace.

“The deployment is to ensure peace and security in Mozambique, and such in the SADC region, and protect its citizens, in line with SADC objectives,” he said.

Analysts say the deployment is a welcome development even when there seems to be a lot of uncertainty about the operation mandate of the force.

“For sure, the southern region has been infiltrated and for extremists to be dissolved they have to work very hard.”

Extremists, according to Egesa, cross country boundaries using religious muscle which makes it very easy to spread their intentions across borders so they do not target countries but regions.

He cited Somalia from where he said jihadists are affecting East Africa as an indicator that they first established ideological bases in the whole region before creating a visible base.

So in case the whole region by implication has been invaded, the earlier SADC walk to reality the better, said Egesa, stressing that there is a need to build cross-border intelligence so that they manage infiltration.

“In other words, one needs more than military intervention to manage jihadists.”

SADC set a $12 million budget for the deployment of the “alert force” according to Angolan Foreign Minister Tete Antonio.

Speaking Monday in an extraordinary virtual meeting of SADC’s Council of Ministers, Antonio highlighted that the council “was tasked with working on the budget of the force that should be in place to support the sister Republic of Mozambique.”

The meeting was held in line with the decision of the extraordinary summit of the heads of state and government of SADC held in Maputo.

He noted that the Council meeting determined that, due to the situation facing many countries in the southern region, recourse could be made to the organization’s reserve fund, to ensure that budgetary constraints do not delay the mission execution.

He pointed to the mandatory nature of contributions, saying it is “a matter of survival for the region.”

“We all have to be aware that the region is under threat, with a crisis in Mozambique and we all have to respond to it promptly,” he said.

According to Jenerali Ulimwengu, a Tanzanian-based lawyer and commentator, deploying forces to Mozambique is a noble gesture as it may seem inevitable.

“Indeed, if Mozambique is left to its fate and allowed to crumble, who will be safe in the neighborhood? So, better to confront the terror groups in Mozambique before they come to your front porch,” he said.

“But great care needs to be taken in the taking of these interventionist measures. We have been here before. In the 1980s, Tanzania threw in its lot with the government of Samora Machel, lost many soldiers and eventually encouraged negotiations between the warring factions.”

Ulimwengu also warned that the forces to be sent to help the Mozambicans will contend with difficulties around the knowledge of the terrain, command unification, integration and interforce adaptability.

“The situation in Cabo Delgado, Mozambique is a serious situation, which the organization [SADC) has to deal with immediately and the deadline for contributions has been set for July 9,” said Antonio.

He underlined that the budget is subdivided into items and sources of financing, with sources the force made up of a contingency fund and contributions from member states.

Egesa noted that SADC has an uphill task in realizing the safety and security of their regions because of the internal politics of individual countries.

“Country to country unemployment may give way to more recruitment of the unemployed youth as you know the region also has the problem of poverty, droughts, etc,” he said.

Dino Mahtani, deputy director of the International Crisis Group’s Africa program, says Mozambican authorities have expressed hesitancy about having regional boots on the ground and so it is not certain how the mission will be implemented.