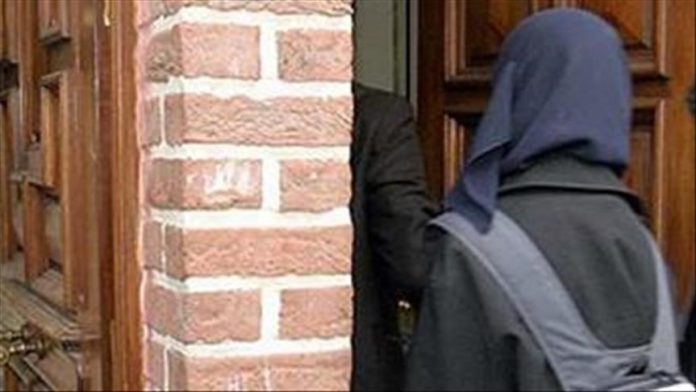 A court case began Monday in the Canadian province of Quebec over its controversial Bill 21, which bans most public servants from wearing religious symbols at work such as hijabs, with a Muslim teacher saying she felt “excluded” from society.

Ichrak Nourel Hak earned her teaching certificate in September and took a job at a private school because her hijab prevented her from teaching in the government-run public school system.

She grew up in Quebec after her family emigrated to Canada from Morocco.

Nourel Hak was asked by her lawyer how she felt when the government enacted the legislation in June 2019 which bans hijabs, turbans, Christian crosses and kippahs.

“I felt insulted as a Quebec citizen,” she testified in Quebec Superior Court. “I felt excluded from Quebec society.”

“At the start, it was a shock. But when I started to see the magnitude of it, that is when my feelings resurfaced. They weren’t good feelings.

“At the risk of repeating myself, I felt excluded,” she added.

Critics say the law unfairly targets Muslim women and the court challenge to Bill 21 was mounted by a few individuals like Nourel Hak as well as the National Council of Canadian Muslims (NCCM) and the Canadian Civil Liberties Association.

“This is a fight for the dreams of our children,” the NCCM said Monday in a press release.

“You can stand with us and raise your voice as we embark upon a fight against second-class citizenship. You can defeat Bill 21.”

The province of Quebec argued that the bill is necessary to separate religion and state.

France: Football games to be played without fans