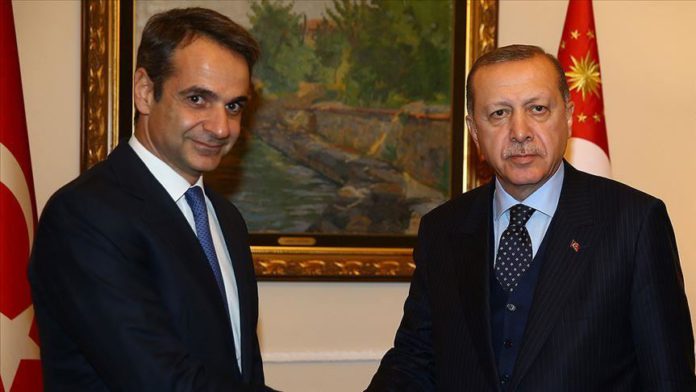 Turkish President Recep Tayyip Erdogan and Greek Prime Minister Kyriakos Mitsotakis on Friday exchanged condolences over the loss of lives caused by a powerful earthquake that hit their countries.

“I just called President @RTErdogan to offer my condolences for the tragic loss of life from the earthquake that struck both our countries,” Mitsotakis said on Twitter.

“Whatever our differences, these are times when our people need to stand together,” Mitsotakis added.

Erdogan, for his part, told Mitsotakis that Turkey was ready to provide assistance to Greece if needed.

At least six people in Turkey have lost their lives, while more than 200 people sustained injuries as the 6.6 magnitude earthquake jolted the Aegean region, according to Turkey’s disaster management agency.

The quake also caused damage in the Greek island of Samos, with two children reportedly lost their lives so far.