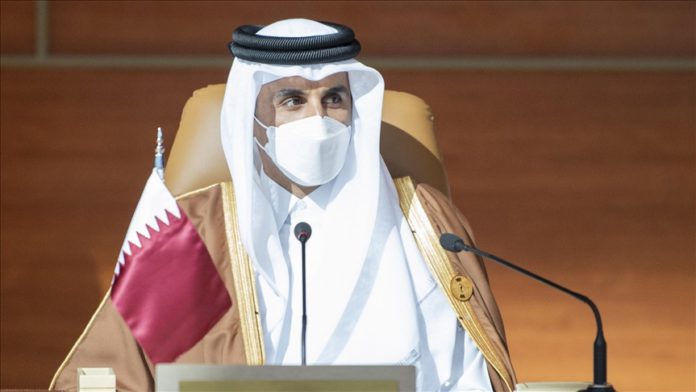 Egyptian President Abdel Fattah al-Sisi received a phone call Monday from the Emir of Qatar, Sheikh Tamim bin Hamad Al-Thani, who greeted him on the occasion of the start of the Muslim holy month of Ramadan.

“During the call, the Egyptian president expressed his thanks to the Emir of Qatar for his greetings on this blessed occasion,” the Egyptian Presidency said in a statement carried by the country’s flagship Al-Ahram newspaper.

The move is the first contact between the two leaders since a reconciliation agreement was signed between Qatar and Gulf leaders at a Gulf Cooperation Council summit in January this year which ended a three-and-a-half-year spat that saw Saudi Arabia, Egypt, the United Arab Emirates and Bahrain cut ties and impose a land, sea and air blockade on Qatar, which they accused of supporting terrorist groups and being too close to Iran. Qatar denied the allegations.