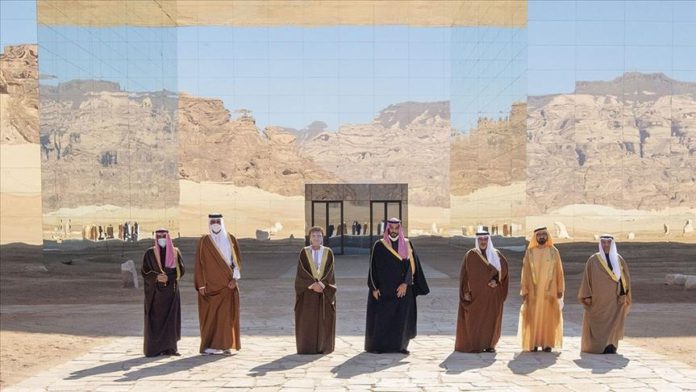 Qatari newspapers on Wednesday hailed the outcomes of the Gulf Cooperation Council (GCC) summit in Saudi Arabia, saying the brotherly atmosphere in the event reflected a strong political will among the Gulf leaders to heal their rift.

On Tuesday, Saudi Crown Prince Mohammed bin Salman warmly hugged Qatar’s emir, Sheikh Tamim bin Hamad Al-Thani, upon arrival in Saudi Arabia to attend the GCC summit, in a move that signaled an end to a blockade imposed on Doha by Saudi Arabia, the United Arab Emirates, Bahrain and Egypt in 2017.

Al-Sharq newspaper paid a wide coverage to the results of the summit, saying the strong participation in the meeting was “a strong expression of the political will of the leaders to resolve the Gulf crisis and advance the ties of friendship, fraternity, kinship and common destiny among the Gulf peoples”.

Al-Raya newspaper, for its part, highlighted the warm embrace exchanged between the Saudi crown prince and the Qatari ruler, saying the scene “reflected a strong will to heal the Gulf rift” and “to establish a firm approach based on achieving the supreme interests of the GCC and Arab countries”.

The daily also underlined the importance of the summit in “rebuilding confidence among the GCC states and activating the role of the GCC General Secretariat in resolving disputes among the member states”.

Al-Watan newspaper said the summit would have a positive impact on enhancing the joint Gulf action and promoting regional security and stability.

Meanwhile, a photo album of the Saudi crown prince driving the Qatari ruler around the historic Saudi city of Al-Ula has received high pageviews on the website of Al-Arab newspaper.

The newspaper alluded to the atmosphere of friendliness and brotherhood that encapsulated the relations between the GCC countries during the summit, especially between Saudi Arabia and Qatar.

Turkish light therapy for COVID-19 due for US tests