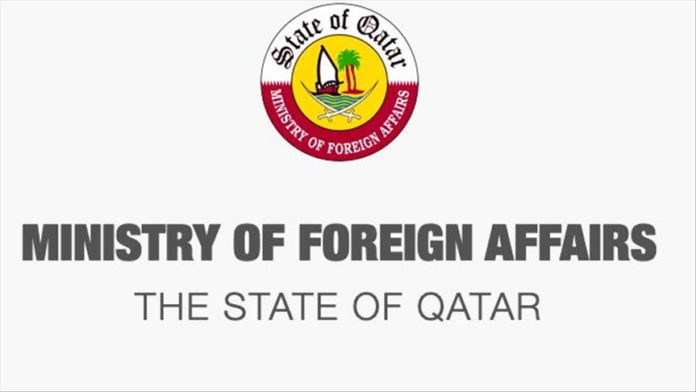 The statement of the phone talk was released by the Qatari state-run news agency, but it did not give further details.

Meanwhile, Ismail Haniyeh, leader of the Hamas group, received a call from the Qatari foreign minister related to the tensions between the Palestinian resistant groups in Gaza and Israel.

Qatar has strong relations with Hamas which runs the Gaza strip since 2007, where the Qatari moves are seen as an effort to stop the Israeli escalation on Gaza.

Earlier on Wednesday, the US blocked for the second time a resolution by the Security Council on the Israeli brutal attacks in Gaza and Jerusalem.

Israel continues to target Gaza with heavy bombardment, bringing the death toll among Palestinians to 65, including 16 children and 5 women, and more than 1,000 injured, in addition to heavy damages in residential areas across Gaza.

Tensions have been running high in the Sheikh Jarrah area since over the past month as Israeli settlers swarmed in after an Israeli court ordered the eviction of Palestinian families.

Palestinians protesting in solidarity with the residents of Sheikh Jarrah have been targeted by Israeli forces.

Israel occupied East Jerusalem during the 1967 Arab-Israeli war and annexed the entire city in 1980 – a move that has never been recognized by the international community.