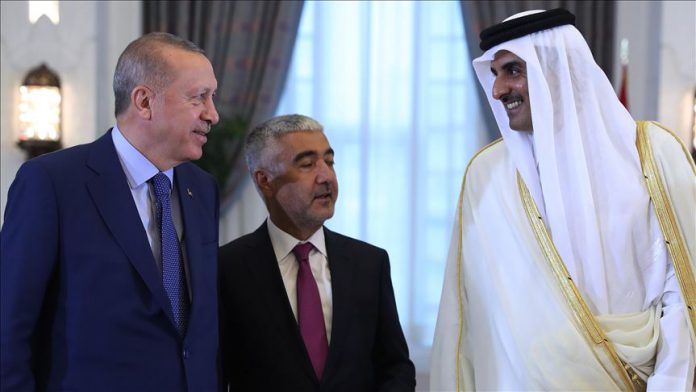 The partnership between Turkey and Qatar is successfully moving towards its goals, the Emir of Qatar said Monday.

Sheikh Tamim bin Hamad Al-Thani made the remarks on Twitter following the signing of seven agreements between Ankara and Doha.

The two leaders discussed bilateral, regional and global issues both during and after the meeting.

According to Al-Thani, the two countries also agreed to use the potential of their partnership to serve the interests of their peoples.