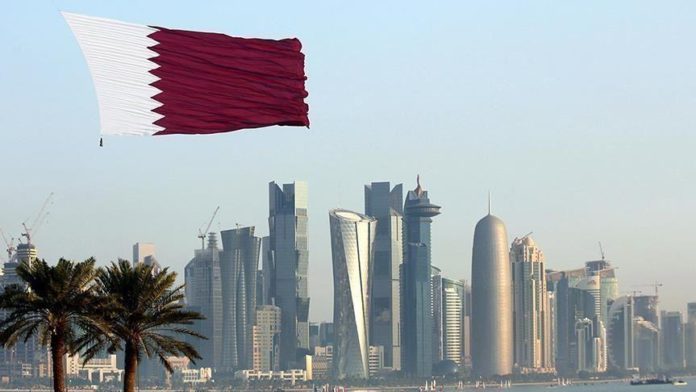 The Qatari News Agency quoted the customs authority as saying: “The General Authority of Customs has issued a number of regulatory and precautionary controls pertaining to the movement of imported and transiting goods from the Salwa border port in the Kingdom of Saudi Arabia to the Abu Samra border port in the State of Qatar.”

Truck drivers coming from the Salwa port must obtain a certificate attested by the Saudi Health Ministry, proving that they have been tested for coronavirus with a validity period of not less than 72 hours before entering the Abu Samra border crossing.

Likewise, the customs authority said drivers and trucks transporting goods to Qatar through the Abu Samra border crossing are not permitted to enter the country and the goods will be unloaded and reloaded onto local trucks by the importer.

Earlier this month, the customs authority in Qatar said that 95 private vehicles entered Qatar from Saudi Arabia through the border crossing during the first three days of its opening after the announcement of the Gulf reconciliation.

“The number of private vehicles that crossed the Abu Samra port from Qatar towards Saudi Arabia during the same period reached 835,” it said.

Qatar signed a reconciliation agreement with Saudi Arabia, the United Arab Emirates, Bahrain, and Egypt to end their rift, which started in 2017.

Following their reconciliation deal, the four countries agreed to reopen their airspace to Qatari flights.