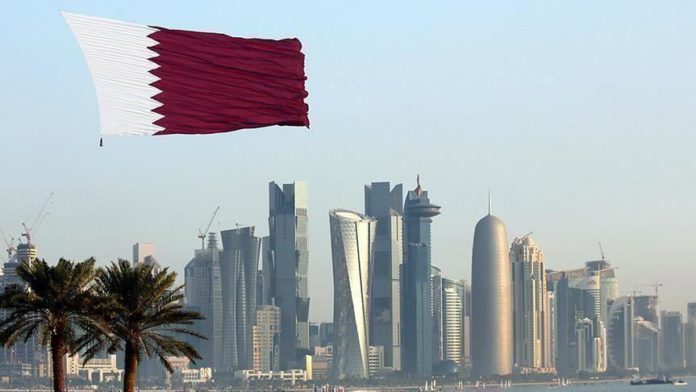 Qatar said on Tuesday it will not join its Gulf neighbors in normalizing diplomatic relations with Israel until the Palestinian cause is resolved.
“We don’t think that normalization was the core of this conflict and hence it can’t be the answer,” Lolowah Alkhater, a spokeswoman for the Qatari Foreign Ministry, told Bloomberg.
“The core of this conflict is about the drastic conditions that the Palestinians are living under” as “people without a country, living under occupation,” she said.
The United Arab Emirates (UAE), Bahrain and Israel will sign US-sponsored deals to normalize their relations in a ceremony to be held at the White House on Tuesday.
The normalization deals have drawn a widespread condemnation from the Palestinians, who say that such agreements do not serve the Palestinian cause and ignore their rights.
As for the Gulf crisis, Alkhater said efforts, backed by Kuwait, haven’t yet reached a tipping point.
“In the past couple of months, there have been messages and messengers going back and forth,” she said. “It’s very early to talk about a real breakthrough,” but “the coming few weeks might reveal something new,” she added, declining to elaborate.
Saudi Arabia, the UAE, Bahrain and Egypt severed diplomatic relations with Qatar and imposed a land, sea and air blockade in 2017.
The four states accuse Doha of supporting terrorist groups, an accusation vociferously denied by Qatar, which describes the Saudi-led embargo as a violation of international law.
* Bassel Barakat contributed to this report from Ankara