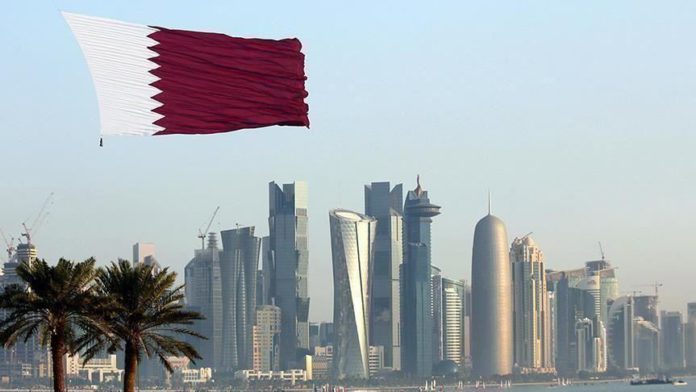 Qatar on Tuesday participated in the Arab ministerial meeting on the Libyan crisis, the country’s official QNA news agency reported.

“The State of Qatar stresses the need to respect the sovereignty of states and non interference in their internal affairs,” al-Muraikhi said.

He also stressed the need to seek serious collective work to make the political process in Libya successful “in a way that leads to a comprehensive settlement to enable Libya to achieve the desired stability and ensure its sovereignty and territorial integrity and the security and safety of its citizens.”

The Qatari diplomat supported the Libyan government’s call on implementing the Shkirat agreement through negotiations as well as national dialogue.

The Libyan government wants to return to the Skhirat agreement inked on Dec. 17, 2015, based on which warlord Khalifa Haftar’s militia will have to withdraw from Sirte, al-Jufra and Fezzan.

“We are all sure that the continuation of the conflict in Libya is being paid for by the brotherly Libyan people and is draining the resources of their country, instead of using them to rebuild and achieve sustainable development,” he said.

Last Friday, the secretariat general of the Arab League announced that Egypt had requested an extraordinary meeting to discuss the latest developments in Libya.

On Saturday, Egyptian President Abdel Fattah al-Sisi alluded to the possibility of sending “external military missions if required” and claimed that “any direct intervention in Libya has already become legitimate internationally”.

He told his army to “be prepared to carry out any mission here within our borders, or if necessary outside our borders”.

The UN recognizes the Libyan government headed by Fayez al-Sarraj as the country’s legitimate authority as Tripoli battles Haftar’s militia.

The government launched Operation Peace Storm against Haftar in March to counter attacks on the capital Tripoli and recently liberated strategic locations, including Tarhuna, Haftar’s final stronghold in western Libya.

Pakistan: Pvt. sector will be allowed to import vaccine