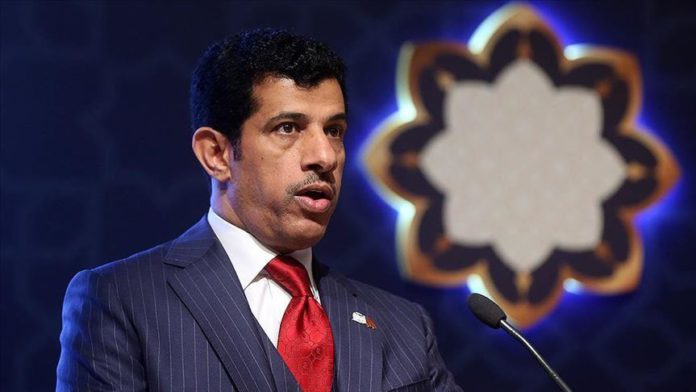 Qatar is open to any real initiative to lift the siege imposed on the country by its Gulf neighbors, the Qatari ambassador to Turkey said on Wednesday.

In an interview with Anadolu Agency, Salem bin Mubarak al-Shafi said Qatar has always been keen on maintaining the unity of the Gulf states “to face the challenges in the region”.

“Qatar’s doors are always open to any real initiative to lift the blockade, respect the country’s sovereignty, prevent interference in its internal affairs and respect international law and the principle of equality between states,” he said.

“Any initiative must take into account that Qatar can never accept infringement of its sovereignty or dictation from any party.”

“We are always open to unconditional civil dialogue based on the principle of equality, respect of sovereignty and international law, and non-interference in internal affairs,” the diplomat said.

On June 5, 2017, Saudi Arabia, the United Arab Emirates (UAE), Bahrain and Egypt abruptly severed diplomatic relations with Qatar and imposed a land, sea, and air blockade in hopes of making it comply with a long list of demands.

The four states accuse Doha of “supporting terrorism,” an allegation vociferously denied by Qatar, describing the Saudi-led embargo as a violation of international law.

“The region now needs cohesion and cooperation more than ever, and [the crisis] directly affected the lives of citizens, tore the social ties of many families, and prevented them from practicing their religious rites,” bin Mubarak said.

The Qatari envoy said Doha has faced a “systematic campaign” to marginalize it and stigmatize the country with terrorism.

“The calm Qatari diplomacy, however, has managed to overcome these small heinous acts,” he said.

The Qatari diplomacy, he said, “has kept the door open to any dialogue or effort to end the rift”.

The ambassador said the current blockade was preceded by an attempt to invade Qatar in 1996 and the withdrawal of ambassadors by the four states in 2014.

“This was also followed by a malicious and misleading media campaign purporting a coup in Qatar,” he said.

“This all has prompted Qatar to work to diversify its economy and investments to face any future move [by the four states],” he said.

Bin Mubarak said his country has been a staunch supporter of peace and development and a defender of the rights of the peoples.

“Qatar has continued to play its role in defending the rights of the peoples and investing in development, renaissance and peace,” he said.

The Qatari envoy cited the opening in February of an office in Doha for the UN program to combat terrorism.

“This all confirms Qatar’s stance against terrorism and denies allegations by the blockade countries,” he said.

The diplomat also cited the signing of a peace agreement in Doha between the Taliban movement and the US to end the years-long conflict in Afghanistan.

September 16, 2020
We use cookies to ensure that we give you the best experience on our website. If you continue to use this site we will assume that you are happy with it.Ok