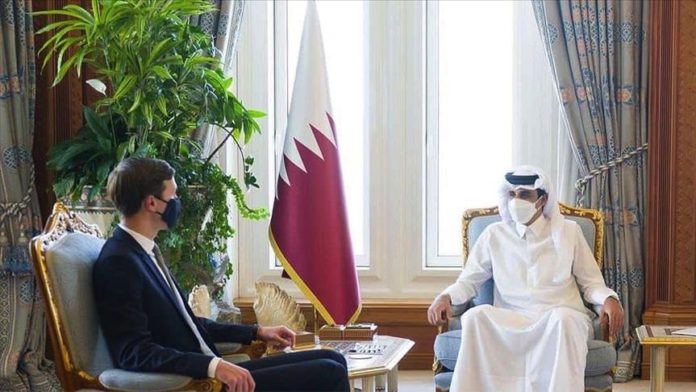 The talks between the two sides dwelt on “regional and international issues, especially developments in the Middle East region”, the Qatari Emiri Diwan said in a statement.

Kushner will also travel to Saudi Arabia, where he will meet with Saudi Crown Prince Mohammed bin Salman.

Saudi Arabia, the United Arab Emirates, Bahrain and Egypt have cut ties with Doha and imposed a land, sea and air blockade on the country over allegations of supporting terrorism and meddling in their internal affairs. Qatar denies the charges, and has voiced openness to a dialogue to end the impasse.

Trump initially sided in 2017 with the Saudi-led coalition before backtracking the following year by praising Qatar’s efforts to combat terrorism and calling Tamim a “friend of mine.”

Qatari Foreign Minister Mohammed bin Abdulrahman bin Jassim al-Thani said “despite regional challenges,” including the blockade, bilateral cooperation between the US and Qatar has “continually strengthened,” and suggested the row with Qatar’s regional neighbors has led Doha to strengthen its relations with the international community to “unprecedented levels.”