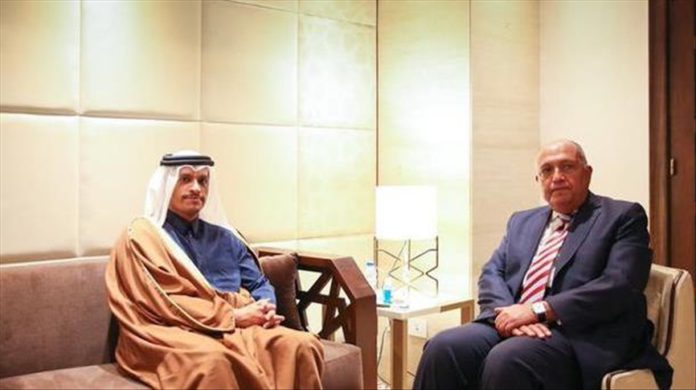 Qatar and Egypt are keen on a return to warm relations, Qatar’s foreign minister said Wednesday.

“We in the State of Qatar and the brothers in Egypt look at matters positively and strive for a return of warm relations,” Mohammed bin Abdurrahman Al-Thani said at a press conference after chairing the 155th regular session of the Arab League Council at the ministerial level.

Al-Thani said his meeting with Shoukry was marked by a spirit of positivity and optimism.

On Tuesday, Al-Thani traveled to Egypt’s capital to attend an Arab League meeting.

Saudi Arabia, the United Arab Emirates, Bahrain and Egypt signed a reconciliation deal with Qatar during a Gulf Cooperation Council summit on Jan. 5 this year to end a more than three-year feud.

The four countries severed diplomatic and trade relations with Qatar in 2017, accusing Doha of supporting terrorism.

Qatar vehemently denied the accusation, saying the land, sea and air blockade was an attempt to infringe on its sovereignty.