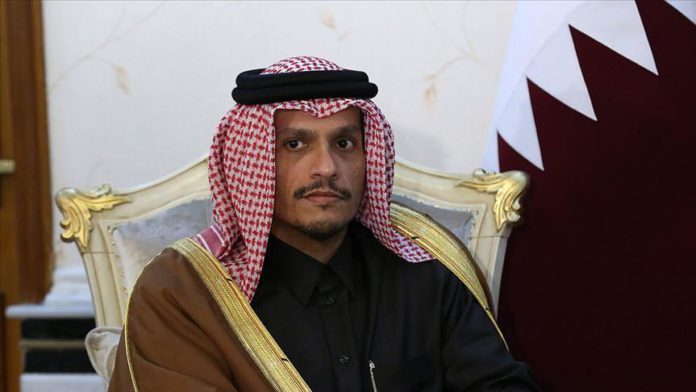 Qatar’s foreign minister on Thursday met with an official of the Palestinian movement Fatah in Doha to review bilateral relations and other issues of common interest, the Qatar News Agency (QNA) reported.

In a meeting with Jibril Rajoub, Secretary of Fatah’s Central Committee, Sheikh Muhammad bin Abdulrahman Al Thani, reiterated that his country supports a just settlement of the Palestinian issue.

“The State of Qatar calls for a just settlement of the Palestinian issue on the basis of international legitimacy decisions and the Arab Peace Initiative and on the basis of the two-state solution in a manner that achieves security and stability in the region,” a statement said.

Earlier, longtime Palestinian rival groups Fatah and Hamas agreed during talks in Turkey to hold elections “soon.” The two have been bitter rivals since 2007 when the latter wrested the Gaza Strip from the former after days of street fighting.

The Qatari statement came after Arab media published statements that they attributed to an American official who spoke about Qatar’s response to normalization with Israel.

In an opinion piece on Bloomberg, Lulwa Al-Khater, spokeswoman for the Qatari Foreign Ministry, stressed that her country “will not join” the Gulf neighbors in establishing diplomatic relations with Israel “before the conflict with the Palestinians is resolved.”