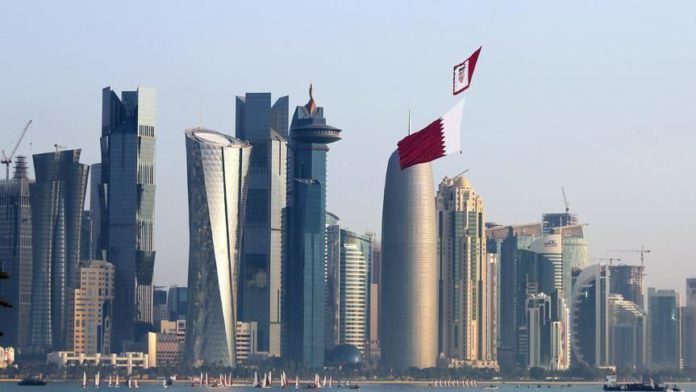 On June 5, 2017, Saudi Arabia, the United Arab Emirates (UAE), Bahrain and Egypt abruptly severed diplomatic relations with Qatar and imposed a land, sea, and air blockade in hopes of making it comply with a long list of demands.

The four states accuse Doha of supporting terrorism, an allegation vociferously denied by Qatar, describing the Saudi-led embargo as a violation of international law.

Here is a timeline of landmark dates since the crisis started.

May 20, 2017
Qatar’s emir attends Riyadh summit and vows to work with US and GCC members to fight terrorism.

May 24, 2017
Website of Qatar’s official news agency hacked and false statements attributed to the country’s ruler were posted that helped ignite the rift with Gulf states. Qatar’s foreign minister says Doha was subject to a “deliberate smear campaign”.

June 19, 2017
The four countries order their nationals to leave Qatar

June 23, 2017
The anti-Qatar states unveil a list of 13 demands for Doha to fulfill in order to normalize ties.

July 1, 2017
Qatar rejects the demands as they infringe its sovereignty. Doha vehemently denies accusations of supporting terrorism as baseless.

July 11, 2017
Qatar and US sign a memorandum of understanding on fighting terrorism and terror financing.

July 20, 2017
Qatar’s interior ministry says it has proof that UAE was behind the hacking of the country’s official news agency.

July 21, 2017
Qatar’s emir addresses nation and hails steadfastness of his people in defending the country’s sovereignty and independence.

Sept. 19, 2017
Qatar’s emir addresses the 72nd session of UN General Assembly, condemning the “unjust blockade” on his country in violation of human rights conventions and norms.

Jan. 30, 2018
Launch of strategic dialogue between Qatar and US. The two countries sign important agreements to enhance bilateral relations.

March 17, 2018
Qatar takes a legal action in the US against people launching illegal online campaigns to publish false news for harming Qatari economy.

April 10, 2018
Qatar’s emir meets US President Donald Trump in Washington and underlines close partnership in the fields of security, defense and economy.

July 11, 2018
Qatar takes legal measures against UAE at the International Court of Justice for violating human rights of Qatari nationals.

July 23, 2018
The International Court of Justice approves Qatar’s file against the UAE, accusing it of human rights violations against Qataris.

April 8, 2019
Qatar sues banks in Luxembourg, UAE and Saudi Arabia for manipulating Qatari currency with a view to harming the country’s economy.

May 19, 2019
Qatar ships liquefied natural gas (LNA) to UAE, after disruption of gas supplies from Dolphin pipeline for several days.

June 14, 2019
The International Court of Justice rejects UAE request for interim measures against Qatar in a racial discrimination dispute.

August 25, 2019
Iran launches first naval line for passengers and goods between the Iranian province of Bushehr and Doha.

Sept. 24, 2019
Qatar attends the 74th session of UN General Assembly and stresses that unconditional dialogue and lifting the blockade are the key to solving the Gulf crisis.

Dec. 16, 2019
Qatar’s foreign minister says it was premature to talk about a breakthrough in talks with Saudi Arabia.

Feb. 15, 2020
Qatar’s foreign minister says talks with Saudi Arabia and the UAE to end the blockade have stalled.

Feb. 18, 2020
Qatar’s Shura Council signs a memorandum of understanding with UN to establish an office in Doha for the UN program to combat terrorism.

Feb. 22, 2020
Doha accuses Riyadh of not issuing a visa for Qatar’s health minister to attend a GCC emergency meeting to discuss COVID-19 pandemic.

March 23, 2020
Qatar’s finance minister participates in an extraordinary meeting of the GCC Financial and Economic Cooperation Committee to discuss financial and economic implications of COVID-19 pandemic.

April 25, 2020
Doha renews call to end blockade on the country, terming it as “illegal”.

May 5, 2020
Social bots funded by Saudi Arabia and UAE claim a coup had taken place in Qatar.

May 28, 2020
Kuwait’s emir sends message to Saudi king about efforts to solve the Gulf crisis.

June 2, 2020
Qatar’s foreign ministry spokesperson says there will be no winner in the ongoing Gulf crisis.