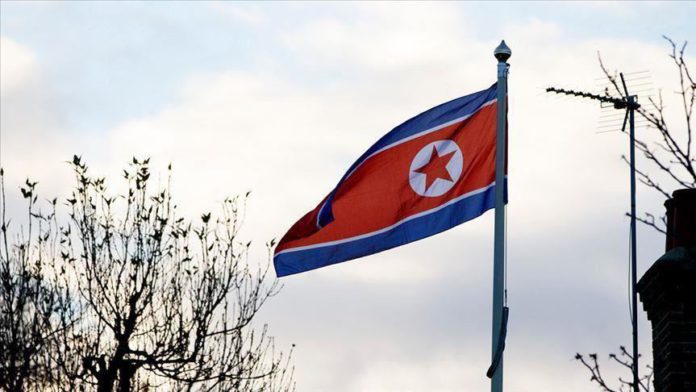 North Korea on Thursday criticized the EU for its “unreasonable and trite” remarks regarding the prevalent tensions on the Korean peninsula.

In a statement issued by the Foreign Ministry, Kim Son Gyong, North Korea’s vice minister for European affairs, said the EU had spoken on the matter without understanding the reasons for the current situation.

“It is only deplorable that the EU, being ignorant of the fundamental reasons behind the current breakdown of the inter-Korean relations, is reeling off only unreasonable and trite remarks such as “building trust” and “lasting peace” on the Korean peninsula,” he said.

He called the EU’s advice to Pyongyang to avoid aggravating actions and maintain communication with Seoul “absurd”.

“We are now pretty immune to such gibberish of the EU, but I didn’t know that the EU’s power of judgment was at such low level,” he said.

The official said South Korean authorities “trifled with the feelings” of North Korea’s people and deserved “a sharp scolding” from the EU.

Kim said Pyongyang had hoped the new EU leadership would show “impartiality and objectivity … in dealing with international affairs” but this expectation was “gradually fading away with the passage of time.”

The minister’s comments were in response to Tuesday’s statement by Virginie Battu-Henrikkson, EU spokeswoman for foreign affairs and security policy.

She said Pyongyang’s decision to demolish the inter-Korean liaison office, increase military rhetoric, and cut off communication with Seoul was “unacceptable.”

Any additional provocative and damaging steps must be avoided and communication with Seoul restored in order to avoid misunderstandings and miscalculations, the spokeswoman said.

Tensions on the peninsula have recently spiked, with North Korea accusing Seoul of failing to stop anti-Pyongyang propaganda leaflets being sent across the border.

Last Saturday, Kim Yo Jong, sister of North Korean leader Kim Jong Un, said she would order the army to plan necessary steps against the “enemy” administration in South Korea.

She also forewarned Seoul about the destruction of the liaison office in the border town of Kaesong, which Pyongyang demolished on Tuesday.

The action came just a day after South Korea’s president urged North Korea “not to stop the peace journey” between the neighbors.

“The direction the two Koreas should go together is clear. We should not stop the current inter-Korean relations again, which have overcome a longtime severance and the crisis of war with difficulty,” Moon Jae-in said.