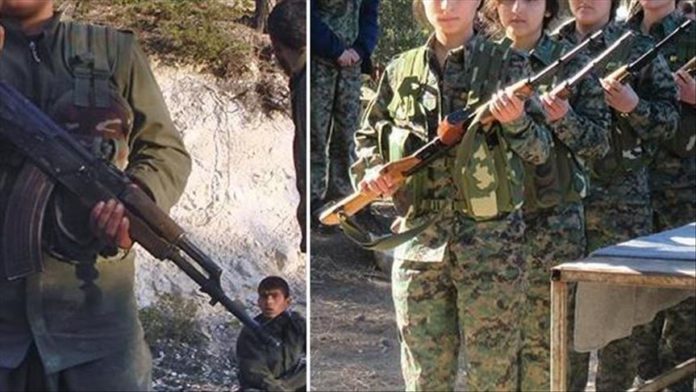 “We want the organization to be condemned and put on trial,” the National Coalition for Syrian Revolutionary and Opposition Forces, an umbrella group of Syrian opposition factions said, while criticizing support for PYD/YPG/PKK terrorists by foreign forces.

There has been an increase in kidnapping cases by the terror group in the last two months.

Four children, including two girls, were kidnapped and recruited by PYD/YPG/PKK terrorists this month. Last month, the terror group kidnapped a number of girls between the ages of 11 and 17, it said.

Families who cannot hear from their children are waiting for their release.